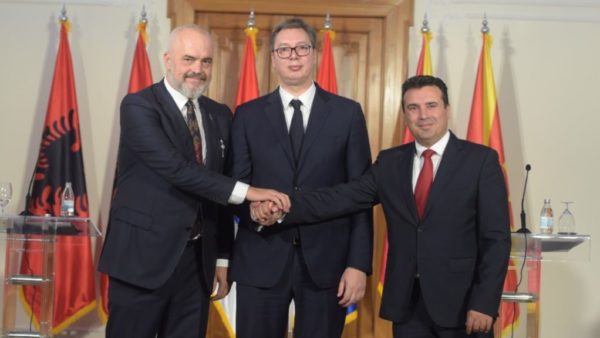 During his statement on the US commitment to the Western Balkans, Deputy Assistant Secretary of State Gabriel Escobar made it clear that the Biden administration is committed about the region.

“We trust the leaders of the three nations that reviewed the Open Balkans project because they assured us that it is open to all six Western Balkan countries. In fact, without the other three countries, it will be impossible to achieve. “We believe that anything that brings countries closer together will build trust between people while also creating opportunities for political movement on some of the issues,” said Deputy Assistant Secretary of State Escobar. The Open Balkans Initiative also reflects something of the Berlin Process, called the common regional market, so we think they are complementary.

“As a result, absolutely, we welcome all attempts to bring countries closer together economically.” Should something like this happen? Should there be a regional market, a free market between six countries with a combined population of 20 million people and a GDP of $ 125 billion, with growth rates of up to 6% or 7%? For American businesses, it will be a tremendously appealing market. As a result, we want to increase all of that, as well as US investment in the region.”

Escobar also urged the European Union to start accession negotiations with Albania and northern Macedonia. This, according to the State Department official, is an obstacle for reforms and strengthening resistance to Russian and Chinese influence at Europe’s doorstep. He also stressed the necessity of communication between Kosovo and Serbia during his declaration, emphasizing that mutual recognition would be the best option.