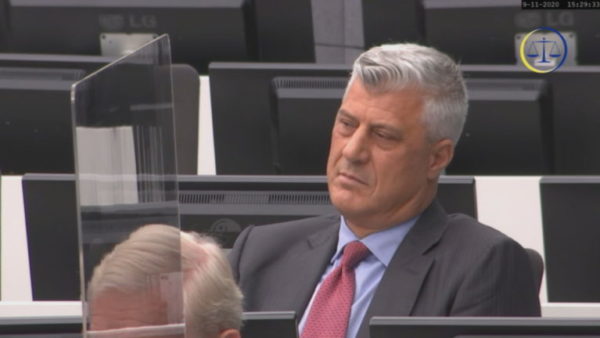 Hashim Thaçi, the former President of Kosovo, will remain in prison as his request to be released was rejected by the Special Court Judge Panel.

Thaçi failed to show why the preliminary ruling was unreasonable about the risks he faces if he is released, according to the Appeal.

Hashim Thaci, the former President of Kosovo, has been charged with war crimes together with other former senior KLA officials, including Jakup Krasniqi, Rexhep Selimi, and Kadri Veseli.

Prior to this ruling, the Special Court had issued a request to the Kosovo Police for information on the capacity to preserve and guarantee the accused’s safety if house arrest is imposed as a security measure.