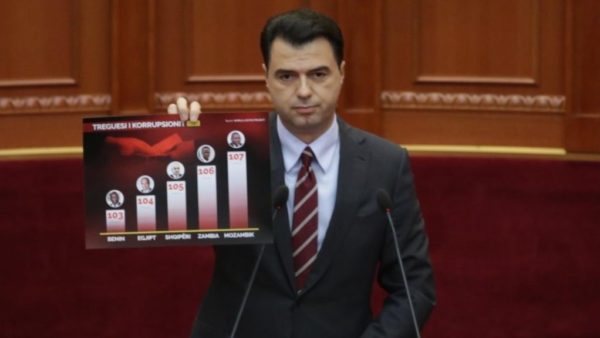 Lulzim Basha, head of the Democratic Party, said Albania is placed 105th in the “World Justice Project’s” index of rule of law.

“In terms of corruption, the ‘World Justice Project’ ranks Albania 105th in the world, after “Benin, Egypt, which ranks 103rd and 104th, and we are followed by Zambia and Mozambique, which rank 106th and 107th”, stated Basha.

Basha warns the Prime Minister that with this level of corruption, Edi Rama can start talks with the African Union, but not with the EU.

“Keep in mind that he is the only European on the list. Is this the position that Albania deserves? He shows up on TV screens, signaling that a state is being formed. Is this the state you created? With this level of corruption, you may begin negotiations with the African Union, because no one accepts us in Brussels, the 105th in the world.”