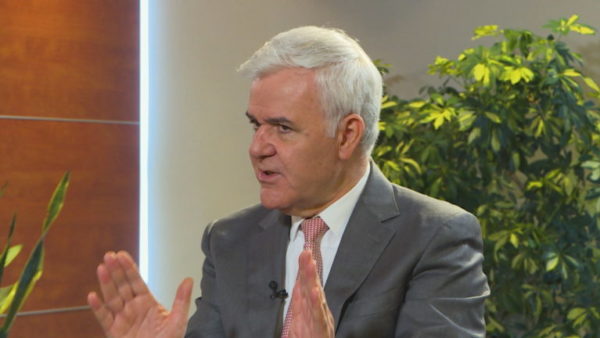 Socialist MP Fatmir Xhafaj was opposed to extending vetting terms. In an interview with A2 CNN’s Merita Haklaj, he proposed an urgent examination involving international teams.

“It is necessary to debate it. I tend to agree with this (extended terms), but I’m not certain that we should consider the options presented by either answer. Each of us must do an analysis, as well as the vetting bodies, with the help of international missions. The Prosecution and Judiciary High Councils should act quickly, and each should present his own arguments. Euralius and Opdat should present each other’s arguments and assessments calmly and objectively, and a working group in the assembly should discuss their conclusions. This is not a football match, nor is it a game for entertainment; rather, it is a development that has ramifications for the people’s fate and democracy.” I am a firm believer in the idea that reaching a logical conclusion is difficult without sound analysis and argumentation.”

The issue, according to Xhafaj, is the objectivity and standards of the vetting process, which, if transferred, would create a new issue.

“The issue emerges not only from the standpoint of the process’ objectivity and standards, but also from the standpoint of the process’ burden and efficiency. We have a system in place that has established a tradition. We have the International Monitoring Organization, which ensures the process’ neutrality. If we are going to transfer this and the case file process takes time, the establishing of the Independent Qualification Commission, the High Prosecution Councils and the Judiciary takes a lot of time. The requirement for new infrastructure takes time, and preparing these two missions for a very big burden would take us more than a year. We’d be dealing with a new issue. This necessitates a report detailing what has occurred thus far in the vetting process, as well as what we can accomplish with these two possibilities. The auxiliary structures are the first issue with the High Councils of the Prosecution and the Judiciary. They do not currently have this structure, which indicates they should join them. Prosecutors and judges have been able to do so because they have been vetted and have received professional training. The issue here is corporatism, or clientelistic relationships that might sway the process. “If there were a small number, the process would be easier, because judges and prosecutors would be evaluated on a regular basis.”

Xhafaj noted that while he did not sign the socialist group’s amendment to prolong terms, he supports the idea. Xhafaj proposes a solution based on the analysis of concrete process knowledge.

“It is not an issue for SP lawyers, in my opinion. Today, we have institutions. The SP is not the one to discuss it. These are legislative steps, and we’re talking about the head of the SP parliamentary group, not the SP leader, but a parliamentary institution. There is a point of view on this, which I agree with. It should be studied whether it is possible to extend it by bringing them into balance. It’s possible that it won’t only be a matter of time, but that further instruments will be required. My concern is that it should be a solution that is the result of a thorough examination and arguments based on first-hand experience with the process.”

Xhafaj, who sees Albanian politics as responsible for this process, believes that the opposition should rely on concrete analysis rather than a political stance before speaking out.

“This is not a European or American problem. They help us, but we are the ones who are in charge of the process and the responsibility. They are assisting and supporting us throughout this process. We must assume accountability for ourselves. The opposition will be part of this process if it proves to be a proponent of justice reform. However, the opposition must discuss the details. It will be a political attitude otherwise. It would be more difficult to say no or formally say yes when confronted with facts or reasons. “Because it puts it in front of the public, civic society and the arguments for us as a majority should be stronger.”

Xhafaj: Police Vetting failed, some inside the majority didn’t want it

Former Interior Minister Fatmir Xhafaj, interviewed by A2 CNN, said that Vetting in the police is a lack of political will. “Certain people within the majority did not like it.”

“The credibility of the police, as well as the striking force, is hurt in this way,” he said, “with elements within it who do not deserve to be inside, even for occult connections with criminal gangs. Vetting would set a different standard, and I regret that this was misinterpreted and then deliberately talked about.”

Fatmir Xhafaj, a former minister of the interior who is now a member of the SP, has a vision for Albania’s fight against corruption.

“Let us be honest about this, beyond the political rhetoric and recycled Brussels reports from previous years. Corruption is not a notion in our country; it is genuine gangrene. Of course, this isn’t the case for everyone, so we need to talk about it. The majority is not corrupt, but they are believed to be,” he told CNN’s A2.

He asserts that “The major issue is not bribes paid to doctors, but white-collar people, in positions of authority, who hurt the state. This was our goal when we estqablished SPAK, our concern “.

Meanwhile, the former minister claims that this is not the only issue. “Albanian society and the media should be made aware properly, not with some pseudo investigative journalists. Not people who merely want to acquire a license. We need to create a level of investigative journalists. You at A2 CNN have a really good cycle (Investigo), and two or three other media outlets are doing an equally good job.

Xhafaj comments on the situation within the DP

In an interview with Merita Haklaj on A2 CNN, Socialist Party MP Fatmir Xhafaj discussed the Democratic Party’s suspension of Sali Berisha from the parliamentary group.

“I would like to see a vigorous and robust Democratic Party as an alternative. This internal process within the party is one that concerns not only them but also the larger society. I believe Basha’s choice is a belated but just one. Then, how it is handled within the DP is entirely up to them. If a party leader wishes to become a leader, he must confront these situations and, if he is unable to direct them in the desired direction, he must determine if he wishes to hold only the chair or the leadership”, Xhafaj stated.

“This has resulted from an attitude of procrastination over a period of time. This demonstrates that Mr. Basha lacked the ability to lead. If this is the tipping point, he cannot justify his position by claiming that this is what America desires. He is obligated to do so if the country and the DP desire it. The US is a strategic partner that assists and supports us, but those responsible for the country’s progress should be us. And we are forced to make difficult choices. What concerns me is that President Joe Biden’s executive order is associated with a man. “Biden is uninterested in Sali Berisha, Edi Rama, or Fatmir Xhafaj. He is interested in Albania,” Xhafaj added.