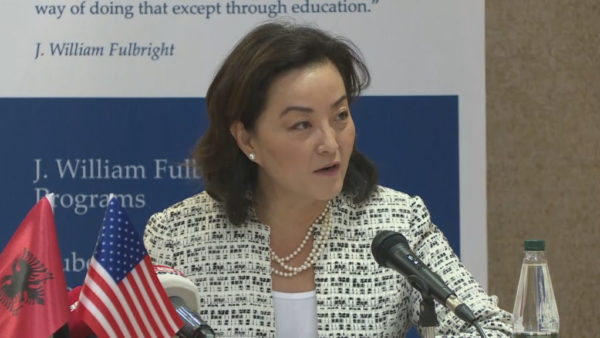 According to the US and the OSCE, the Parliament of Albania must approve the extension of the time allowed for vetting institutions to lead the vetting process of judges and prosecutors, which is part of the judicial reform.

“I met with Del Monaco, the OSCE Ambassador to Albania, to discuss various matters. We agreed that Parliament should enact constitutional reforms to prolong the vetting mission, as recommended by the International Monitoring Operation (IMO). We also agreed that for the elections, the authorities and parties should follow the OSCE/ODIHR guidelines “Ambassador Yuri Kim of the United States of America posted on Twitter.

The extension of the mandate, according to the IMO, would allow First Instance Vetting Commissioners and Public Commissioners to finish all open cases. According to the Constitution, vetting institutions have a 5-year mandate that expires in June 2022, but only about 60% of judges and prosecutors have been cleared so far.

The extension of the mandate necessitates a constitutional reform, which in turn requires the votes of the opposition in Parliament.