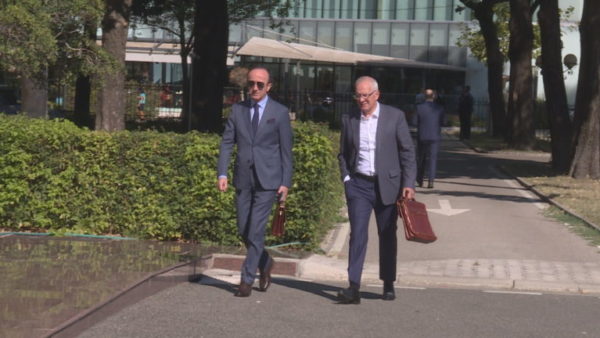 MPs, the Prime Minister, ministers, the President, mayors, the Governor of the Bank of Albania, the Chairman of the Supreme State Audit, the Ombudsman, and the Director of the State Intelligence Service are among the public officials who DP wants to be subjected to integrity control, also known as political vetting.

The constitutional amendments state that the procedure should be completed in three years, with verification carried out by a special committee of six SPAK prosecutors. A politician’s vetting lasts a maximum of one year, and if there are any suspicions that he has ties to the criminal underworld, they will have to prove it.

If a public official has inappropriate contacts with people involved in organized crime, they will be barred from being elected or appointed to public office, their mandate will expire or they will be dismissed, and the subject will have to prove otherwise.

But what qualifies a person with ties to organized crime in the view of the DP?

The second criterion that affects a politician’s fate is unjustified wealth, however, the DP has been more forgiving in this area.

“A public figure is considered to have legally unjustifiable property if he has an asset worth more than twice the legal wealth.”

SPAK prosecutors should submit the file to the Special Anti-Corruption Court, which has the last say, after the conclusion of the investigation. The politician has the right to appeal if his dismissal is requested.

Those who refuse to be subjected to the vetting process have 60 days to retire from office, while the entire process is overseen by a Special Assembly Committee made up of six lawmakers, three from the majority and three from the opposition, who have all been vetted politicians.

In terms of the other two reforms, the DP wants the municipal concept for rural regions to be reinstated as part of the territorial division. In terms of elections, the DP requests that coalitions that were removed by the majority due to unilateral modifications on July 30 be reinstated, as well as a fully open list of candidates based on voter preference. The annulment of the 2008 agreement between Berisha and Rama promised by Basha does not appear in the request. However, in a proportional electoral system, the DP removes the concept of competition at the county level, leaving the Electoral Code open to intervene for further adjustments.