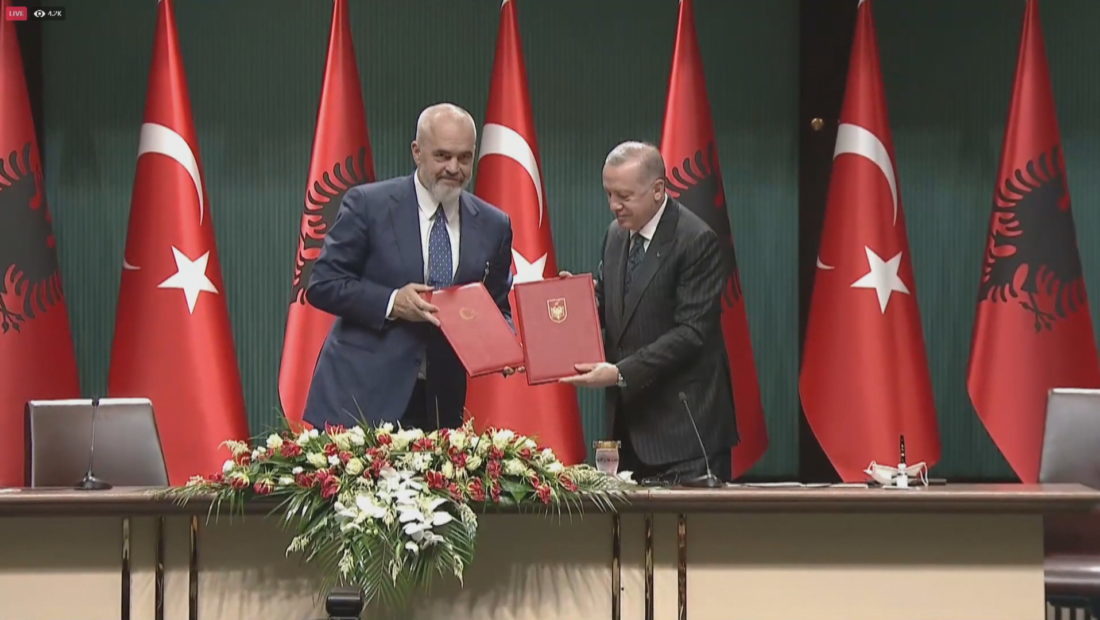 The declaration of the Albanian Prime Minister about a project to launch Albanian satellites in space baffled many members of the political and media scene. But this is not the first time that Rama raises his eyes towards the sky.

With the aid of Turkish Airlines and President Erdogan, the Prime Minister announced the creation of an Albanian airline in May 2017.

“We thank Mr. Elkir and President Erdogan; with their assistance, we will achieve this magnificent aim,” Rama added.

Erdogan was true to his word. Air Albania was born with a new logo, a red and black flag, and Turkish Airlines aircrafts, allowing Albania to establish its own fleet, which began flights in 2019 despite having a small number of planes.

Today, Edi Rama turned his eyes again towards the sky, but his mind appears to keep him in Turkey, where the prestigious “The Guardian” reports on President Erdogan’s 10-year spatial plan, which involves touching the moon and deploying intelligent satellites.

“In January, Erdogan spoke with Elon Musk, the CEO of SpaceX, a private space exploration corporation based in California, about working with Turkish companies. Ankara introduced the new generation of the Turksat 5A communication satellite, which will be utilized for both civilian and military objectives,” reports The Guardian, citing collaboration with SpaceX.

Rama has not revealed how he plans to launch Albanian satellites into orbit, but the experience of Air Albania shows that the Turkish ones can simply transform into “Albsat,” with just a new logo and a red and black flag.

For the time being, the Prime Minister has only stated how he intends to use them. Erdogan has assisted his friend Edi Rama in building the Turkish-Albanian hospital in Fier in record time before of the elections, in addition to the AirAlbania aircraft. The next step could be to launch satellites into space.