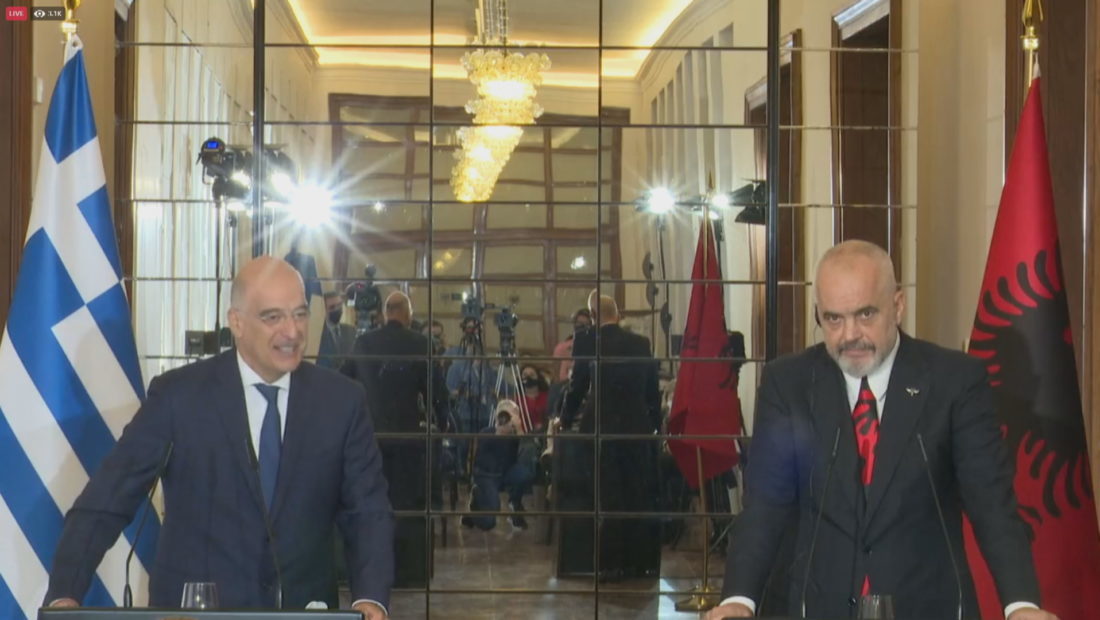 If the International Court of Justice grants Greece the right to delimit maritime territories with Albania, our country will have no further requests in this regard, as international maritime law will prevail.

This is how the Greek Foreign Minister, Nikos Dendias, expressed himself during a meeting with US Secretary of State, Antony Blinken, during which the two countries inked multiple agreements, mainly in the military area.

“In the last two years, we’ve reached agreements with Italy and Egypt on maritime zone delimitation, as well as an agreement with Albania to refer this matter to the International Court of Justice. We also agree with your viewpoint that sovereign law must be followed within the bounds of international maritime law. We hope that these ideas are followed by all governments throughout the world “, Dendias stated.

Following over 30 years of negotiations, the question of maritime partition was referred to an international court last year, where the parties will now state their arguments.

In summary, it is approximately 12 miles in the Ionian Sea, claimed by Greece. If Greece wins the dispute, the border will be relocated to Albanian waters. Because this is a prized economic zone with abundant gas resources, the competition among countries is fierce.

The Albanian Constitutional Court annulled a 2009 Berisha government agreement on the maritime partition between Albania and Greece, and collaborative expert committees have been formed to resolve the problem since then.

Meanwhile, during his meeting with US Secretary of State John Kerry, Minister Dendias discussed the Western Balkans’ inclusion into the European Union.

“Greece was the first Southeast European country to join the European Union, and it also bears the largest responsibility for the Western Balkans’ integration into the European family,” added the Greek minister.

Dendias and Blinken agreed in their agreement that the US and Greece would provide mutual protection for 5 years in the event of assault, and that further military issues would be handled between the two countries.