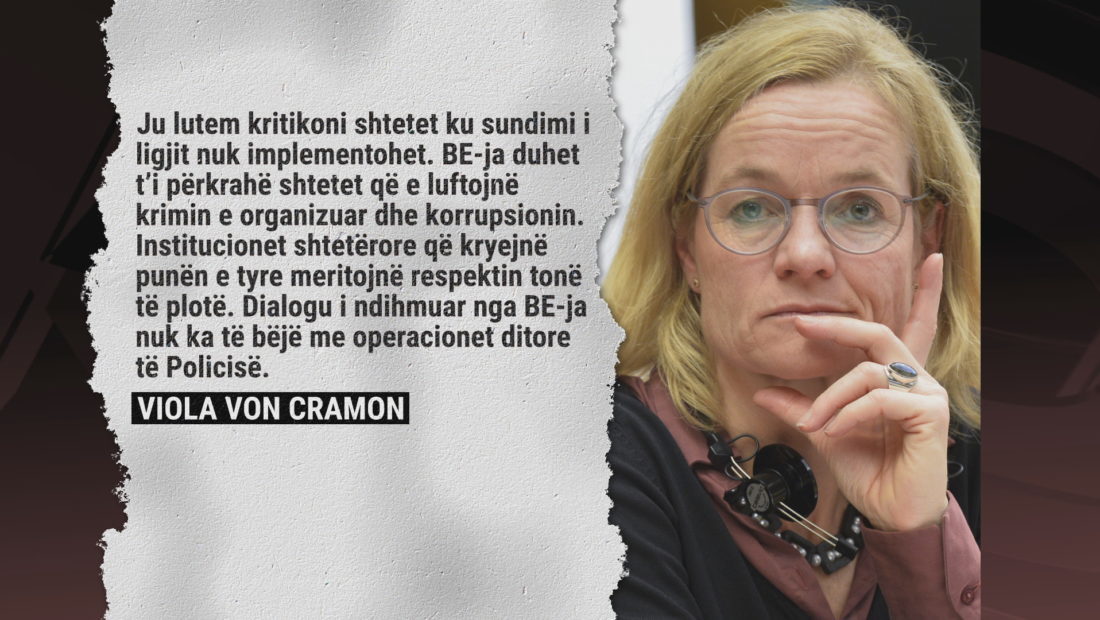 Josep Borrell, the head of European diplomacy, has come under fire for his response to the protests that erupted in Kosovo’s north on Wednesday. The EU’s High Representative for Foreign Affairs, Josep Borrel, described the Kosovo Police’s action against illegal products in North Mitrovica as unilateral and uncoordinated in a statement.

“Violent incidents in northern Kosovo must stop immediately. Unilateral and uncoordinated actions, which endanger stability, are unacceptable. “All open issues must be resolved through EU-mediated dialogue,” Josep Borrell said the day before.

Viola von Cramon, the European Parliament’s Kosovo rapporteur, was one of the first to react to Borrell’s statement. According to her, the criticism should have been addressed in countries that do not uphold the rule of law. The daily activities of the police, according to Von Cramon, do not belong in the dialogue

“Please condemn countries that do not follow the rule of law. The EU must assist countries in their efforts to combat organized crime and corruption. State institutions that do their jobs well deserve our undivided attention. EU-assisted discussion is not about day-to-day police activities”, Viola Von Cramon stated,

Robert Bosch, a former Dutch ambassador to Kosovo, said the EU is once again demonstrating its “incompetence” when it comes to Kosovo.

Xhelal Svelça, Kosovo’s Minister of Internal Affairs, underlined that such anti-smuggling operations, which he said occur every day in Kosovo, do not necessitate coordination with anyone.

“Did we have to inform anyone else or coordinate with everyone for our action yesterday?”

This action has been a milestone in the fight against smuggling, which is a wound that is draining the state’s finances and the poor citizens of Kosovo every day.”