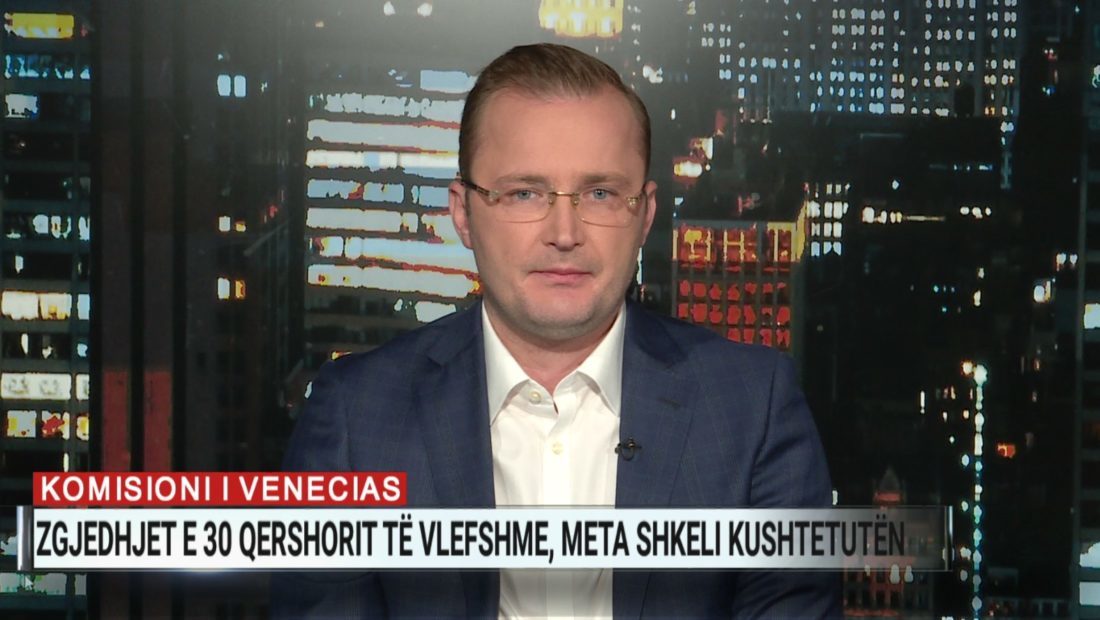 The opinion of the Venice Commission, which was requested by the Constitutional Court regarding the legitimacy of the 2019 local elections, which were held without the opposition after a boycott, was discussed by Lisander Hoxha of PD on the show “Debate” on A2 CNN.

Hoxha remarked that while the elections were not moral, they were constitutionally required to be held, even if the parties did not want to be in them.

“It is a disaster for Albania that municipalities are now ruled by a single political party. Of course, ‘Venice’ is correct, because the Constitutional Court cannot rule on anything that is not within its jurisdiction. It’s awful news, and it’ll influence the Court’s ruling. The Court’s decisions have been consistent with Venice’s. These are not moral elections, but they must take place under the Constitution, even if the parties do not want them. Basha has been promising for at least 8 years, and I am getting used to his promises. I can’t imagine not seeing Mr. Basha without making a promise. Basha is in jeopardy, and he is attempting to keep his legal standing, which he only has “de jure” rather than “de facto,” Lisander Hoxha declared.