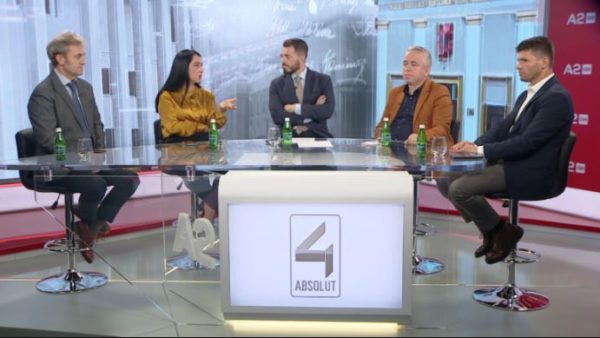 In “Absolut 4”, researcher Afrim Krasniqi discussed the work done by the Special Prosecution against Corruption so far and its accomplishments since its inception.

Despite praising it as one of the most successful new institutions of justice, Krasniqi remarked that it did not comprise of the most capable individuals, but rather those who were discovered at the proper time and who had passed the screening process on paper.

“I believe this is the result of widespread public confusion. We believed that all of this country’s quarrels, all of the corruption cases, and all of the people who have done crimes would be answered one day before the SPAK, and that the issue would be resolved in the SPAK. But, in the end, SPAK is the result of a reform that, at one point, only included people who had completed paper screening. That is, they are not the most capable individuals in Albania, but they are the people who were discovered at the proper time, and the structure we are discussing today has not yet been constructed.

The SPAK, on the other hand, is an institution in the new justice system that I feel is the best, most honest, and most trustworthy, and that is actively combating crime. It is the only structure that is taking steps in the right direction. They are, to some extent, giving the maximum that this level of judges and prosecutors can give. Look at their website; they spend the majority of their time at conferences,” Krasniqi declared.