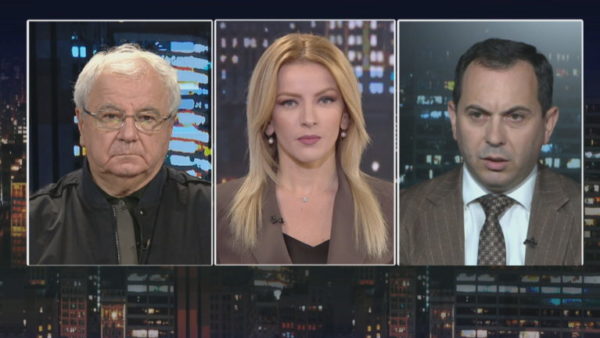 On A2 CNN’s “Debate” with Alba Alishani, Lawyers Spartak Ngjela and Jordan Daci discussed the work done by SPAK in these two years, the Special Structure Against Corruption and Organized Crime, as well as the expectations from this institution.

As regards delays, he added that corruption in the judiciary of Albania has not been a common level of corruption, but it should be considered a plague for our country.

“SPAK is heading in the right direction. We must recognize that this has not been normal corruption. It is Albania’s plague. The judiciary’s corruption has created poverty, has destroyed property, and has almost obliterated the criminal justice system. Hopefully, the issues have been resolved; nonetheless, the dismissals of judges will still go on. The dismissal of the others is just being delayed. Delays do occur. It’s better to have a delay for justice than injustice”, Ngjela declared.

A partially opposite opinion was given by the lawyer Jordan Daci, who said that SPAK is still in the emergency phase.

“Delays are unusual. SPAK appears to be on the right route, but it falls short of our expectations. There are serious deficiencies in terms of the number of prosecutors. First There are delays due to a lack of prosecutors. SPAK, on the other hand, was not perceived without the involvement of the National Bureau of Investigation, and the majority of the Bureau’s staff lack investigative skills, and they are not helping with the situation. SPAK was also unable to distance itself from the influence of politics. The failure of case 184 is a stain that will follow SPAK during the entire time. We are in an emergency phase in this institution. What I liked was that the investigation focused on power abuse with public money”, Daci declared.

“You must keep in mind that it’s not easy to take to prison Prime Ministers who find shelter to populism. Do you know populism? He (Berisha) was declared non-grata in the USA and he is asking the people for support. It’s not up to us anymore. Washington has taken over. We could not do it for these reasons: First because they have captured everything belonging to the state. They are together against the judicial reform, and above all, they are reach”, Ngjela said on “Debate”, commenting on the work done by SPAK in these two years.

He added that he is waiting for a big hit from SPAK.

“The reform will continue and it has been successful so far. The obstacle has been the National Bureau of Investigation. With its completion, I expect the big hit. People expect Prime Ministers to get arrested, not small-caliber directors. But Prime Minister do not sign. The investigation is hard. It’s not an exact science, it’s not a fairy tale. It doesn’t matter that I am convinced that a Prime Minister is corrupted if I cannot prove it. Courts don’t take that into account. Here we have the promise from US politics. This is what I call a fact. The rest is just opinion”, Ngjela declared.

Ngjela also commented on the initiative of the former Albanian PM, Sali Berisha, to meet with the party base. For Ngjela, Berisha is doing this because he fears the judicial system in Albania, not because he was declared non-grata in the USA.

Ngjela appealed to SPAK to work without pressure, while, according to him, the biggest hits should be made with the left-wing.

“Don’t rush things and don’t put too much pressure on SPAK. You’re making your way to the top of the rankings, step by step. Did you see the former prime minister meeting and shouting at the people? Is it because of the “non grata”? No. He is scared of the Albanian justice, of the police”, Ngjela declared.

It’s not only him who doesn’t feel safe; none of them do. I am familiar with them, and I am aware of the facts, but they are not evidence. Allow SPAK to work for two years and then see who they will prosecute. One thing to keep in mind is that it should begin with the left-wing. Why should it begin on the left? We’ve got Napoléon Bonaparte’s plan as an example. When he encountered corruption, he started punishments with the left, since he, too, was a member of the left. It appears like this is how they’re going to start,” Ngjela remarked.

According to lawyer Jordan Daci, a lack of security cannot be used as an excuse for an investigator of the National Bureau of Inveestigation, or SPAK prosecutor, not to conduct their work. If they feel powerless, they should let others do it.