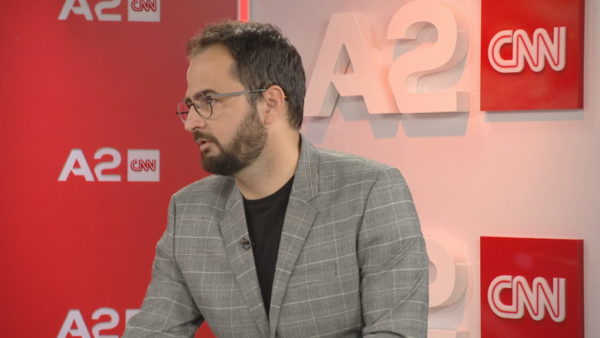 The divisions among the Democratic Members and the increased energy price: these were the topics discussed on today’s “Ditari” on A2 CNN, with the Head of “Nisma Thurje”, Endri Shabani.

Not just the increased price of energy, but also the devaluation of money is a source of anxiety. Shabani reminds us that if prices rise by 20%, earnings fall by 20%, with the people in need facing consequences.

“We had a centralized system before the 1990s; after the 1990s, the price is determined by the market. This means the government has no tools at its disposal; the problem is not only with the energy price, but also the devaluation of the currency. If prices increase by 20%, wages will decrease by 20%. A socialist government would step in to help the poor. The government is responsible for this.”

He accuses the administration of favoring oligarchs while punishing the middle class.

“Instead of working for those who are in need, the government has worked for a small number of people, dividend taxes, royalties, and other oligarch taxes are lowered, the rest of them are raised. They try to protect the economy from a class that comes and goes. The middle class feels as if it pays taxes but receives nothing in return. We pay taxes and fees but receive nothing in return. Starting with hospitals where we pay bribes, or in the private sector. This is thievery, and it is Rama’s fault.”

As regards the opposition’s internal crisis, Shabani adds that there should be a cycle of elites within the DP because a generation was born with these personalities who are still present in both the opposition and the ruling party. Rama would have an easier time if Berisha returns to lead the opposition, according to him.