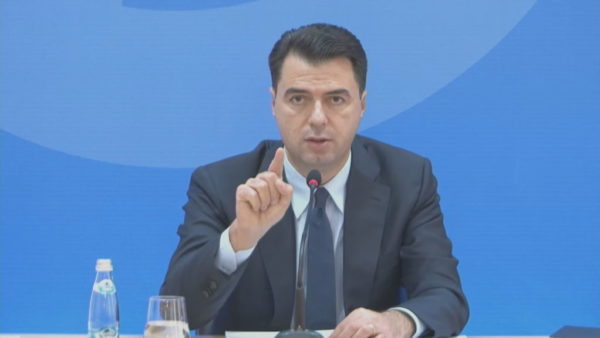 The Albanian opposition leader, Lulzim Basha, reacted to the declaration of Edi Rama for announcing an energy crisis.

Basha declared that this is not an energy crisis, but an intentional crisis of corruption and bad management.

“When he came out to encourage fear and anxiety, he wanted to create the right conditions to pressure people for what he is planning to do, raising the energy prices. He didn’t speak as a Prime Minister today but as the defender of his clients, with who he is dividing the resources of this country. What is happening in Albania cannot be compared to the temporary situation that is taking place in Europe.

“It is an effort to justify what he plans with the energy price, a theater of lies. He wants to make it seem as the price hike is unavoidable. But that’s not the truth. This is not an energy crisis. It is a corruption crisis, bad management, with purpose and plans. In summer they sell the energy at a very low price. In winter they buy it at a much higher price, with corruptive tenders. OSHEE and KESH are two enterprises plunged in corruption”, Basha declared.

For the opposition leader, Rama will use this disaster same as the other ones, to fill the gaps created in the budget.

As regards the price increase for many food products, Basha said that Albanians were plunged in an economic crsis for the past eight years. Life is much more expensive for them and the Prime Minister is not taking any responsibility.

“It is our duty and to all of us to confront this natural disaster that is called Edi Rama’s government, which refuses to hear the appeals of the citizens. He plans to impoverish Albania and the Albanian people even more. We are in parliament exactly for this battle”, Basha declared.