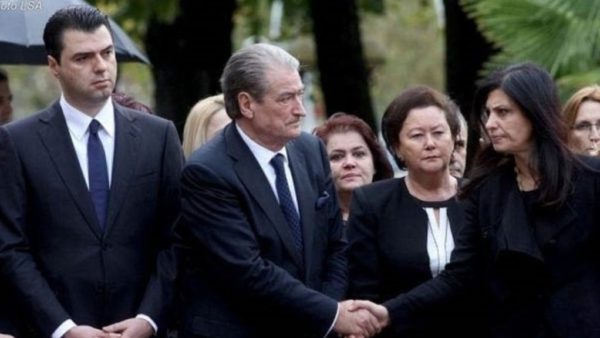 Many from the Democratic Party members were expecting Jozefina Topalli to support Sali Berisha especially during his tour with his base in Shkoder, after he was suspended from the DP Parliamentary group by the incumbent DP leader, Lulzim Basha. Basha’s decision was taken after Berisha was declared non-grata by the US State Department, not allowing him or his family members to travel in the USA.

In an interview for A2’s “Debat”, Topalli declared that she had communicated with Berisha, but he wanted to face this situation alone. “He has never requested help, even in 1997. There is no need for support. After all, this is a process that serves to everyone, especially to the country”, Topalli declared.

Topalli thinks that Albania needs a new concept of the political spectrum, as the opposition is no longer carrying out its mission. “The right-wing also needs to be rebuilt, since it doesn’t exist anymore”, Topalli declared.

“Nothing democratic was left inside the DP. In a way, it had turned into a swamp. They need to discuss a restructuring for bringing back the values of the DP. This is the most beautiful thing that the Albanian political spectrum urgently needs”, Topalli declared.

Jozefina Topalli added that soon Basha will no longer be the leader of the DP. “You can no longer lead the party after five consequent failures and after betraying every cause of the DP. The entire base is against him, isolating him inside the marble building. He cannot dare to take any question, get outside the building or speak in a TV show, although he has been invited”, Topalli declared for A2 CNN “Debate”.

“I think that he will leave very soon. A tectonic movement is taking place within the DP. Basha will be removed by the base”, the former Parliament Speaker declared.