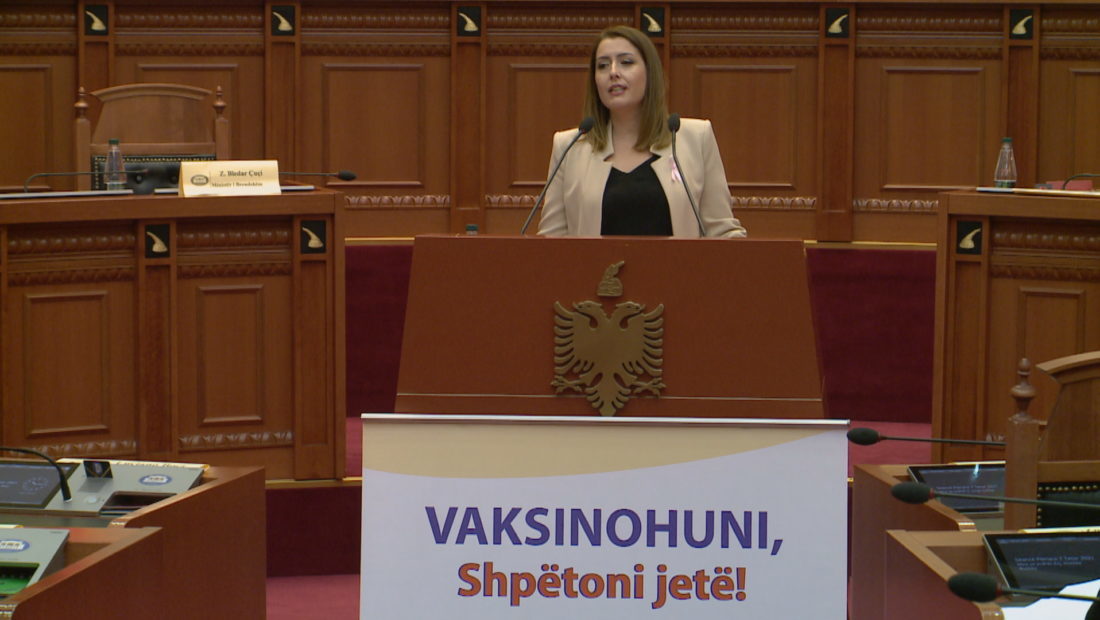 Basha declared that according to official statistics, last year there were 16,000 more deaths than in the annual average, while the official number of deaths by COVID so far is 2746,

“This is not their only lie regarding the pandemic. They lied about the economic assistance, about the reimbursement of people affected by COVID, but above all they lied about the lives that were lost. This is confirmed by the European Commission as well, which states in its report that Albania has the highest level of deaths in Europe for 2020”, Basha declared.

“You have turned death into your refrain. You have been dancing the death dance for the past 18 years. False accusations cannot be brought as facts. Figures cannot be opinions. Albania has won its battles. This political class has made games with the dead for a long time now. Let’s get together and face this crisis as it should be done. 4.8 million people have died throughout the world. They were caused by COVID”, Manastirliu declared.

The Health Minister invited the opposition to become part of the efforts to encourage citizens to be vaccinated, as it remains the only advantage so far against the virus.