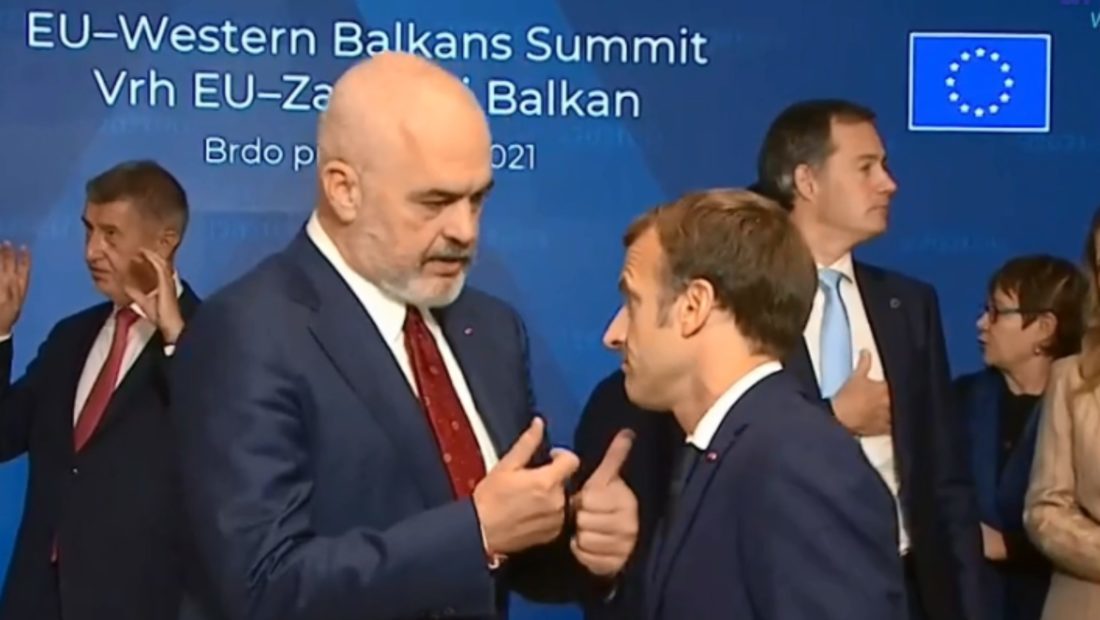 The Albanian Prime Minister, Edi Rama, attended the EU Summit with Western Balkans countries held in Brdo, Slovenia. Rama criticized once again the approach of the member countries to not open the accession negotiations for Albania and North Macedonia, and for not lifting the visa regime for Kosovo.

According to Rama, compared to the Thessaloniki summit held 18 years ago, the similarity of the words expressed then to those today is very impressive. With the exception that 18 years ago, the word “expansion” was a resounding trust in the future. Today, the same word has turned into an echo of the past.

Rama mentioned that although North Macedonia changed its name, they cannot start the Intergovernmental Conference with the EU even on a Zoom meeting. While the Albanian people, one of the most pro-EU countries, are hearing once again that Albania has done its duty, but the EU that they so much look up to cannot keep its promise.

The Albanian Prime Minister added that he no longer believes that Bulgaria will be able to unblock the accession negotiations, as they “seem to be trapped by the fire that they lit on to warm the voters with the flames of a glorious past. Those voters may not care that they have been blocking two countries, which have done their duties, but the EU should care because they are losing face to the six countries of the Western Balkans.

“Now I can only hope that this senseless blockage will not turn into an endless story”, Rama declared when asked how long will Albania have to wait before the EU accession negotiations are open.