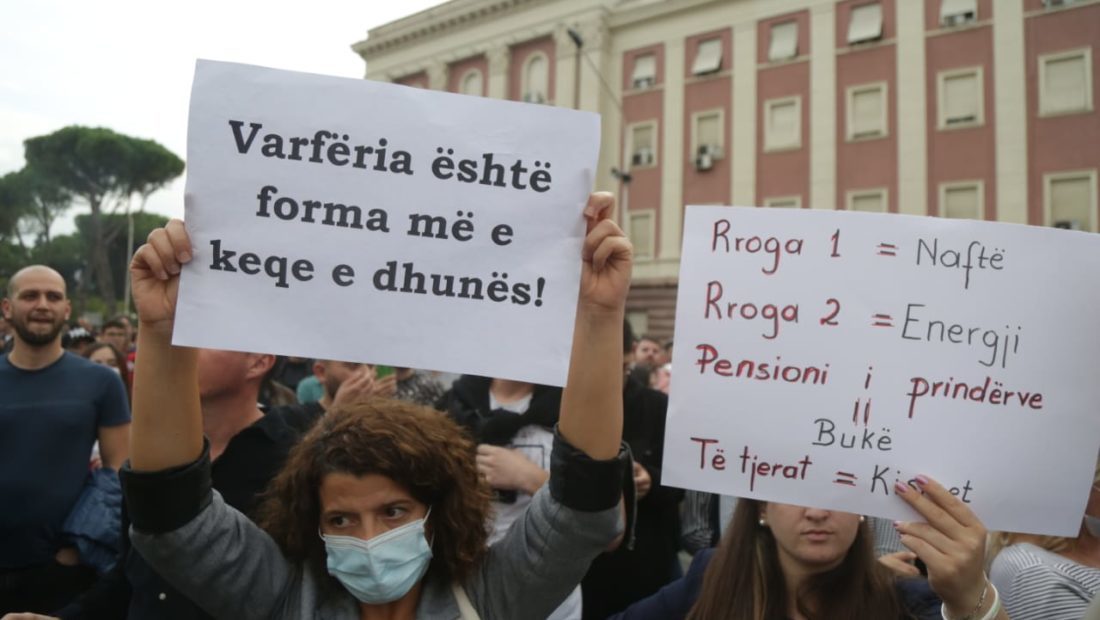 Hundreds of citizens protested today in front of the Prime Minister’s office against price raise of energy and other products, including bread.

The Albanian Prime Minister, Edi Rama, announced a few days ago that the energy price will face a very steep raise due to climate changes and international factors, while food prices have already increased.

Citizens protested and demanded a lower price of food, medicaments and energy.

One person appeared with a flag of the Democratic Party, but activists from the civil society asked him to leave in order to not politicize the protest.