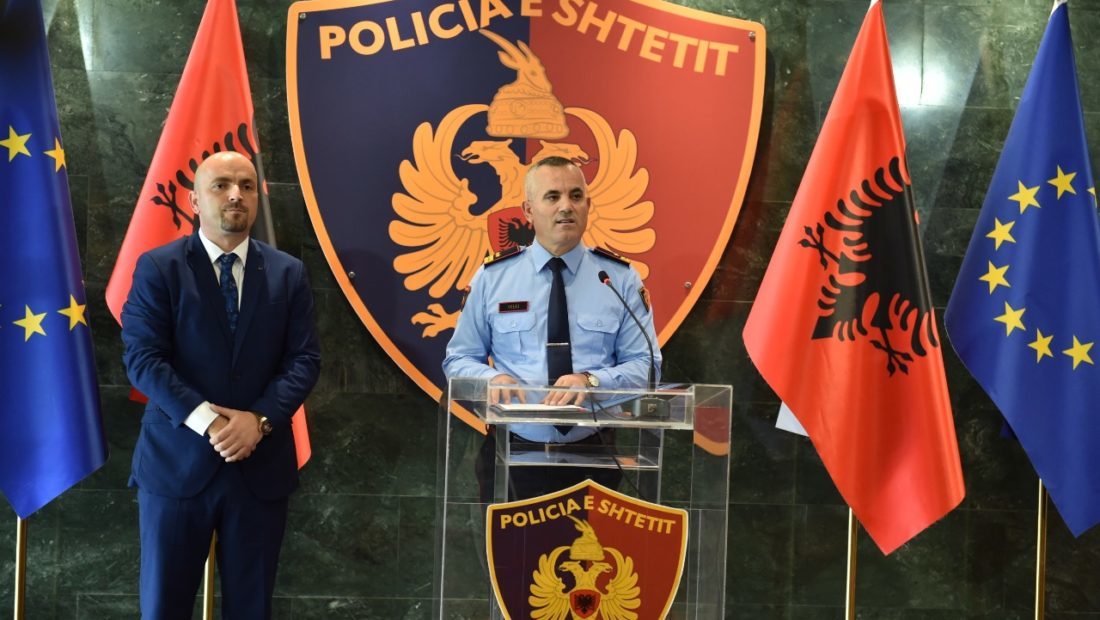 The General Chief of Police, ARdi Veliu, has presented a resignation letter to the Albanian Prime Minister, Edi Rama, who published it on social network.

Veliu declared that he had decided to not look for a second term, but to dedicate himself to his family.

A2 CNN has learned that the person with most chances to replace him is Gledis Nano, who is currently Chief of the Anti-Terror at the State Police.

Nano has been one of the officials mostly involved with the repatriation of the Albanian persons from Syria. For this effort he was honored by the US Ambassador, Yuri Kim, in August 2021.

For the Democratic Party, Velu’s resignation was obligatory and now the police will have one less thug in its ranks.

“The police today has one les thug. Ardi Veliu has served to criminal groups of international drug traffic. His resignation has been obligatory, despite Rama’s resistance”, declared Gazmend Bardhi, from the DP.

According to bardhi, with Veliu as Chief of Police Albanai was among the main countries trafficking drugs, from cocaine to cannabis, getting in the black list of money laundering.

He added that Veliu is leaving this department with shame, but this scenario will happen again if we don’t remove Edi Rama from power, who, according to him, has tied with crime.