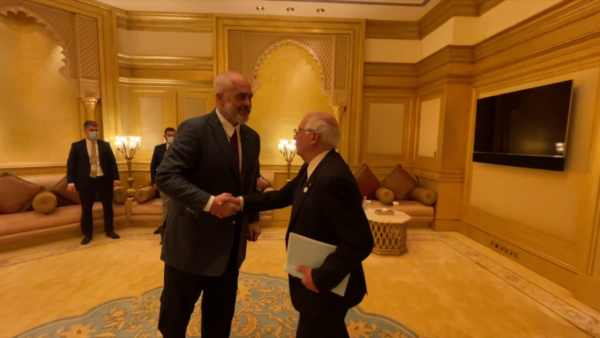 The Albanian Prime Minister, Edi Rama, traveled to the United Arab Emirates this Thursday where he is attending the Conference of International Policies.

During his stay in Abu Dhabi, Rama met this Friday with Josep Borrell, the Chief Diplomat of the EU and mediator of the Kosovo-Serbia dialogue.

Rama wrote on Facebook that they discussed the summit that will be held next week between the EU and the Western Balkans, about the situation in the region and the Bulgarian-North Macedonian issues, which has also blocked Albania.

Borell also commented this meeting on social networks by underlining that it is very important for the Balkans to continue keeping up with the reforms and the credibility of the EU.