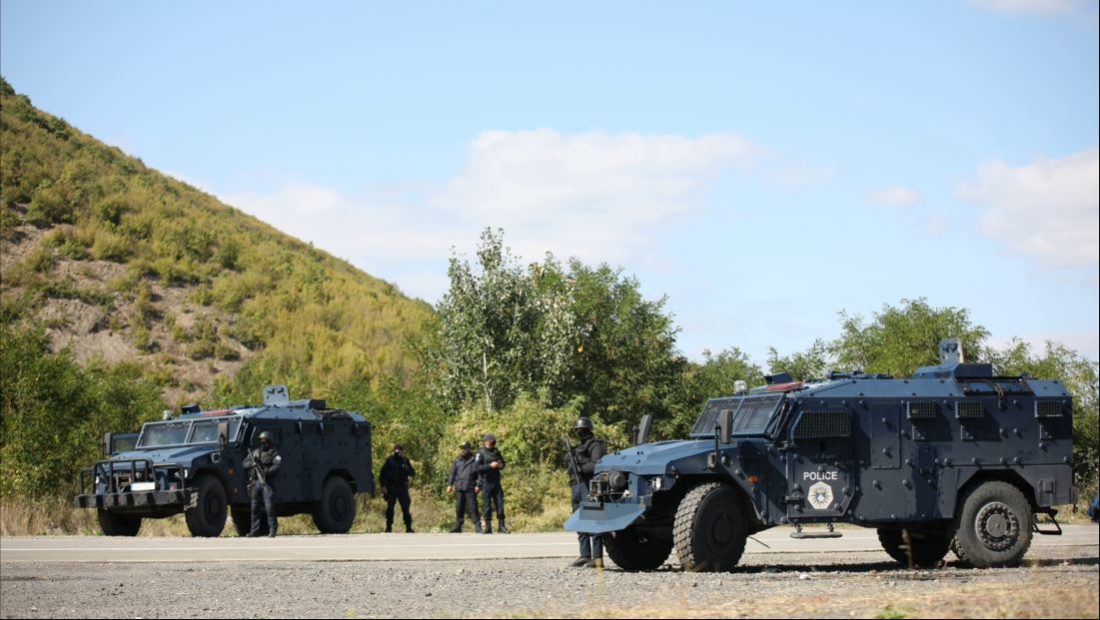 After two days of intensive negotiations, an agreement has been reached between the Kosovo and Serbian delegations in Brussels. The news was announced by the EU Special Envoy for the Kosovo-Belgrade dialogue, Miroslav Lajcak, as he thanked the two representatives of Kosovo and Serbia.

Both parties have agreed on the following points:

1: The special forces at the Jarinja and Bernjak border checkpoints will leave and the roads will be unblocked as of October 2nd, 08:00. KFOR will establish forces in these areas and will stay for two weeks.

2: As of October 4th, both countries will implement the labeling system on the license plates, as agreed in the dialogue mediated by the EU, until a permanent solution is reached.

The President of the European Commission, Ursula von der Leyen, congratulated Kosovo and Serbia on reaching an agreement for the license plates.

“I welcome the agreement reached today in Brussels. This is a very positive development that happened after the meetings with Persident Vucic and Prime Minister Kurti. It is a good thing for the entire region. Dialogue must now continue”, Von der Leyen wrote on Twitter.

Basha: An important step, we support a permanent solution

The Albanian Democratic Party leader, Lulzim Basha, greeted the agreement reached between Kosovo and Serbia regarding the license plates, which caused tension between the two countries.

“I welcome the agreement reached today between Kosovo and Serbia, through the mediation of the EU special Envoy, Miroslav Lajcak. This is an important step in reducing tensions and the equal treatment of citizens on both sides of the border”, Basha declared.

The DP leader added that the DP supported the efforts and commitment of the EU and US for a permanent solution and for mutual recognition between Kosovo and Serbia.

Vucic: No EU without resolving issues with Prishtina

The President of Serbia, Alexandar Vucic, welcomed the agreement reached with Kosovo regarding the license plates. He said that the Serbian side accepted the compromise for reducing tensions in the Jarinja and Bernjak border checkpoints.

“Personally, I am very pleased and this is very important for our side”, Vucic declared.

The Serbian President confirmed that the parties agreed that the Kosovo Special Forces should withdraw from Karinje and Bernjak as soon as the barricades are removed, on October 2nd.

Calling the visit of the EC President in Belgrade as a historic event, Vucic said that finding a final solution for the relations between Kosovo and Serbia will open his country’s doors to the EU, and that Serbia will not become a member without resolving the relations with Prishtina.