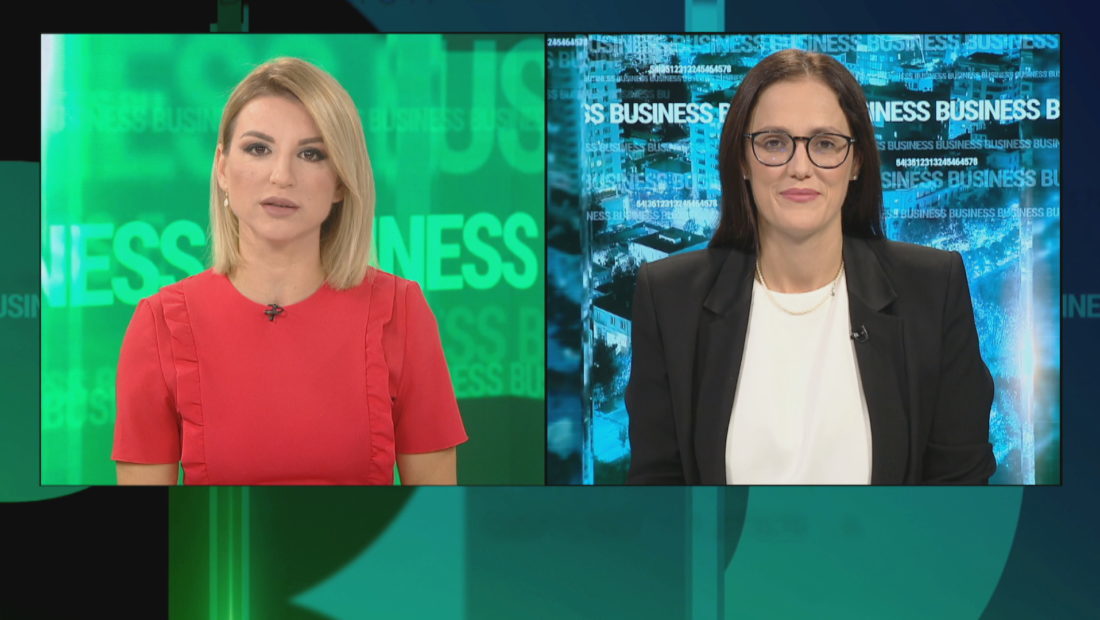 The economy remains the main concern of most of the Albanian people, and of course, of the government’s third term. The pandemic is still present and a real threat for the budget of families and of the government.

Food prices have raised in the past weeks, which some citizens see as unaffordable if it keeps up with the growth.

In her first interview as Minister of Finances and Economy, Delina Brahimaj said on A2 Business that the earthquake and the pandemic were two hits that amplified each other, but the Albanian economy showed stability during 2020, beyond all predictions.

“2021 has started well, with a 5.5% growth in the first trimester. The indirect indicators of the economy, foreign trade, and incomes show economic growth. This year will also close with higher growth than predicted, also due to the policies followed during the pandemic”, the Minister declared.

Brahimaj said that the government plans to enter a course of fiscal consolidation during 2022, trying to maintain high investment rates, which are necessary to overcome the crisis.

But is there a foundation for the Albanian economy to have a stable 4.5% growth in the next four years? For Brahimaj, the economy follows various cycles, and crises are followed by economic growth in a medium-term.

“Of course, 2021 will impact the economic growth, but the income numbers are higher than in 2020 but also higher than in 2019. This shows that the real indicators of the economy have had a positive performance compared to the past years, and it will be sustainable for new policies as well”, the Minister declared.

Sovereign Guarantee for manufacturing business, a sector most hit by the pandemic

One of the government program points was about the manufacturing business, one of the most important sectors which aimed the transition to a closed cycle through the access of the 50 million EUR sovereign guarantee.

This is a relation created between the manufacturing business and the banks, but how can the government guarantee that these businesses will have access to the sovereign guarantee?

The Albanian Minister of Finances and Economy, Delina Brahimaj, declared that the conditions for the sovereign guarantee will be discussed with businesses so that it can be absorbed as much as possible.

“The access to the sovereign guarantee is g guaranteed by the sustainability of the post-pandemic sector. Some categories in this sector have performed even better than in 2019”, the Minister declared.

“We will analyze the extent of the absorption. All the figures in this sector indicate stability. It is in the government’s best interest for sovereign guarantees to be absorbed by businesses. I hope we will not find ourselves in the same conditions as at the beginning of the pandemic. Of course, the conditions will be discussed with the small business, so that they can be absorbed more”, Minister Brahimaj declared for A2 Business.

The Albanian Minister of Finacnes and Economy explaine dhow employment will be encouraged in the government’s new term, while explaining the way salaries will be increased in the public and private sector.

“Economic growth and employment are two elements linked very closely to each other. The creation of new jobs has been satisfactory during 2020 and 2021. The government will continue large investments associated with tourism and agriculture, while small enterprises will receive help. There are a number of measures in the government’s program that will help small businesses in order to have an employment development in this sector. On the other hand, there are large projects in Durres where tourism is expected to grow and create new jobs”, the Minister declared.

The government has promised to raise the salary of the public administration by 30% to 40% in the next four years. Will they be able to keep this promise?

“Of course it is possible. The 30%-40% increase will be done gradually through the years. We aim to see a growth of the entire economy, not only the public administration. The main purpose is that the public administration salaries serve as a target for the private sector as well. We aim to encourage higher salaries for the private sector. The average pay for the private sector has increased with 25%. We wanted to see a higher growth. We have predicted a program that focuses on digitalization and IT, which is followed by higher salaries. I believe that it will continue with this pace and it will raise the average salary as well”, the Minister declared.