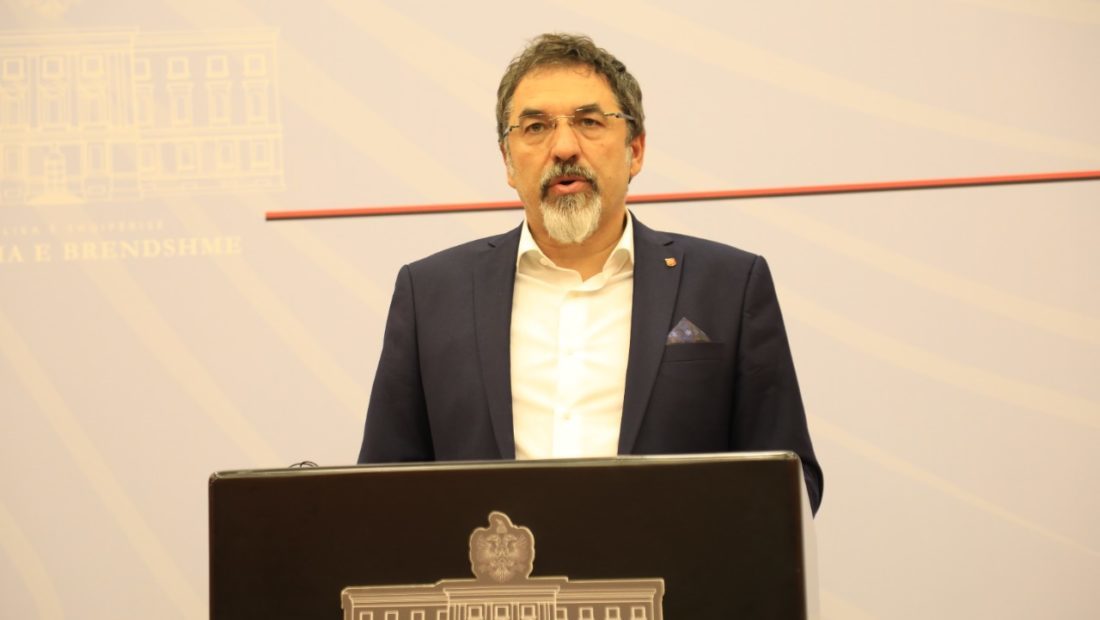 The Albanian Interior Minister, Bledi Cuci, reacted on the killing of the Lezha Police Deputy Commissiner, Saimir Hoxha. The killer, Aldi Rama, a former convict for narcotics, was neutralized after a surrounded by the police for several hours.

Cuci said the investigations are underway to shed light on this event that has shocked the entire public opinion. He announced that Saimir Hoxha was declared a Martyr of the Fatherland.

Rama was found with a self-inflicted gunshot injury and was hospitalized in very serious conditions.

He shot and killed officer Saimir Hoxha during a routine inspection for narcotics. The 44-year-old officer was from Puka and had been working for several years in Lezha and Shengjin.

The 21-year-old killer had already been sentenced for producing and selling narcotics and for illegal arms possession.