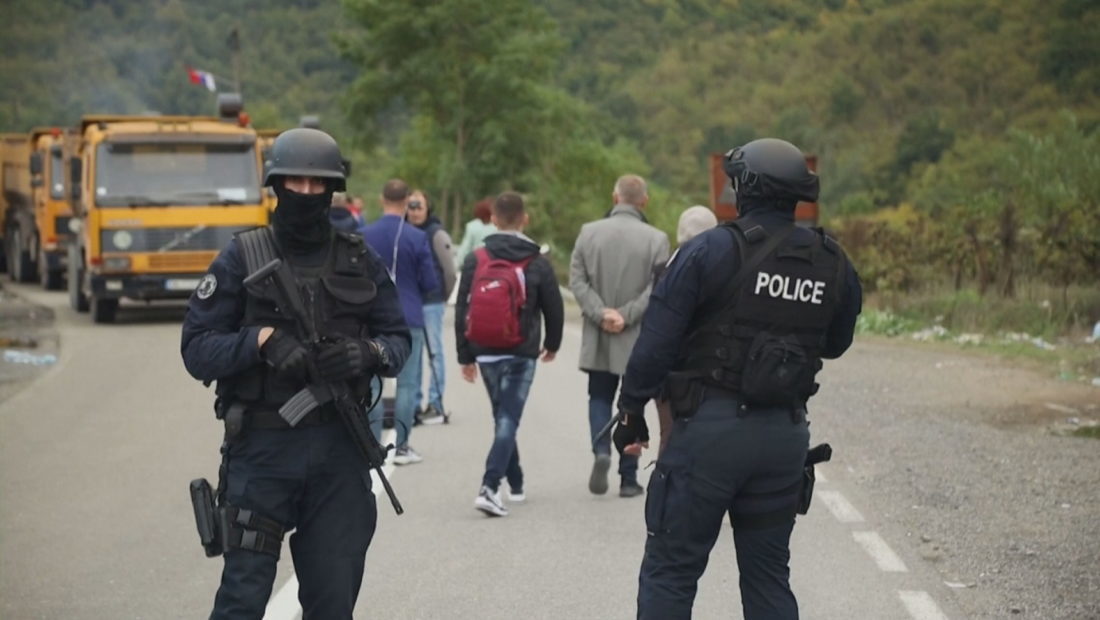 Jarinja and Bernjak, the two border checkpoints in Northern Kosovo, remain blocked by Serbian protesters who oppose the decision of the Kosovo government for reciprocity with license plates.

Sources from Kosova Press have confirmed the presence of four Russian citizens who have joined the Serbs in Jarinja. They have allegedly brought three cases which could have weapons or equipment for carrying out cybernetic attacks.

Nurden Ibishi, security experts, declared that there have been several provocations from extremists towards the Kosovo Police. But there could be an escalation which could go out of proportion.

The presence of the Russian citizens has concerned local Serbs as well, who are part of the protesters.

Although work is continuing normally in four other border checkpoints, Kosovo authorities confirm that 6000 temporary licese plates have been issued since Monday for vehicles with Serbian licese plates. The international community has called for a normalization of the situation. However, the leaders of both countries seem far from being ready to sit and dialogue.