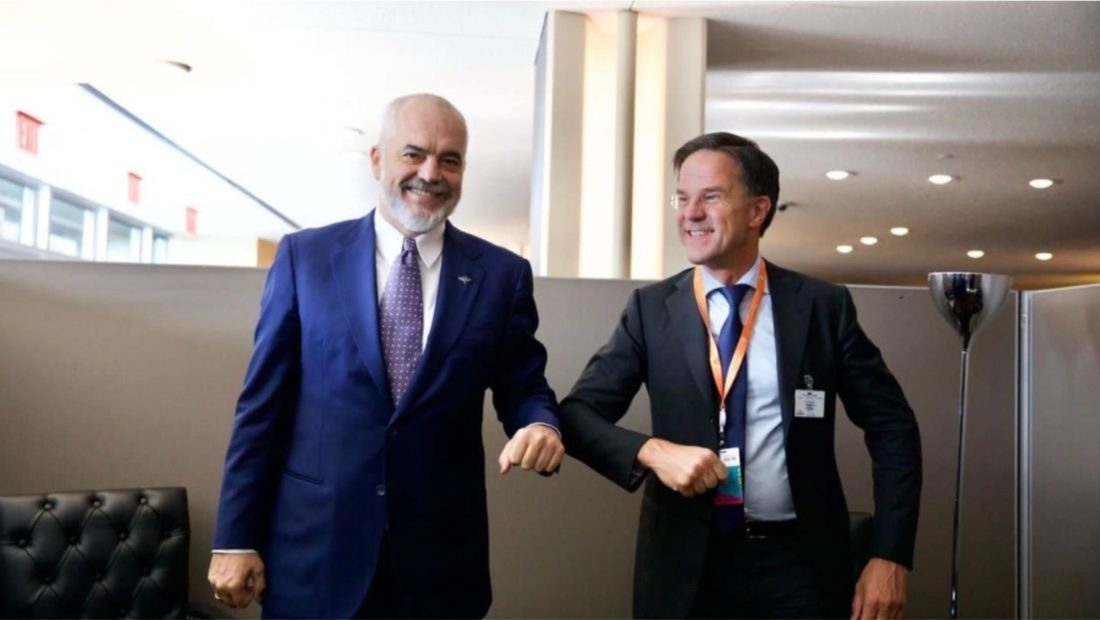 The Albanian Prime Minister, Edi Rama, met with his Dutch counterpart at the UN Headquarters in New York.

Rama stated on social networks that Dutch Prime Minister Rutte will visit Albania on November 10th, to reconfirm the full support of the Netherlands for the formal opening of the EU accession negotiations.

The Netherlands has been the EU country most skeptical about Albania’s progress with the EU accession, vetoing the process in several cases.