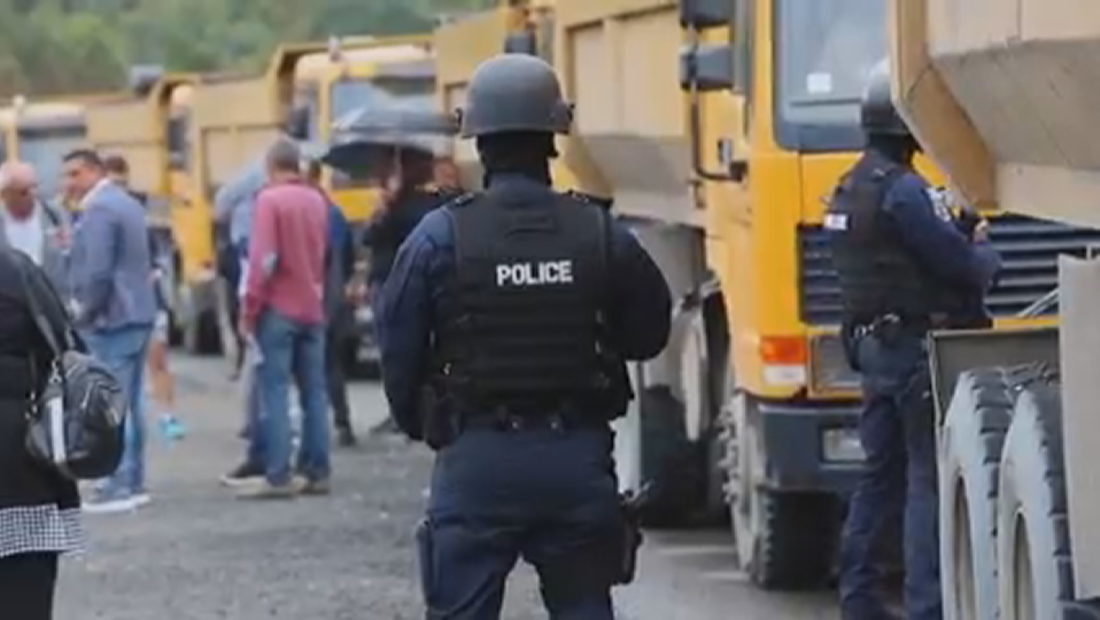 Serbian citizens are still blocking the roads near the Jarinja border checkpoints, protesting against the reciprocity measures with the car license plates.

The Kosovo Prime Minister, Albin Kurti, underlined that the decision to not allow Serbian license plates in Kosovo, as Serbia doesn’t allow Kosovo ones in Serbia, has nothing to do with provocations and that the police has behaved correctly.

“The law has been implemented and we made sure to have equal treatment. The police is present because dozens of protesters have blocked the roads leading to the border checkpoints 1 and 31. Police has discussed with the protesters without touching them. The freedom of movement is a right and value that cannot be violated”, the Kosovo PM declared.

Kurti added that either both Kosovo and Serbia are wrong, either they are both right, as this decision is now equal in both sides.

“Either we both are going to keep the license plates, or we are removing them both”, Kurti declared.

The Kosovo Interior Minister underlined that the Serbian citizens have no reason to feel scared as the measures are not against them.

The foreign Ambassadors and Kurti agreed that peace, stability and security must be preserved, and that the dialogue must continue. After the decision that entered in effect this Monday, the vehicle entering from Serbia must be equipped with temporary license plates at the Kosovo border checkpoint, a procedure that costs 5 Euros.

The Albanian Prime Minister, Edi Rama, reacted on this issue by saying that Kosovo needs to dialogue, Serbia needs to cooperate, and the EU must intermediate.

“Rama declared on Twitter that Kosovo is absolutely right with this decision, while he appeals to avoid freezing the dialogue as it happened with the 100% tax on Serbian goods.