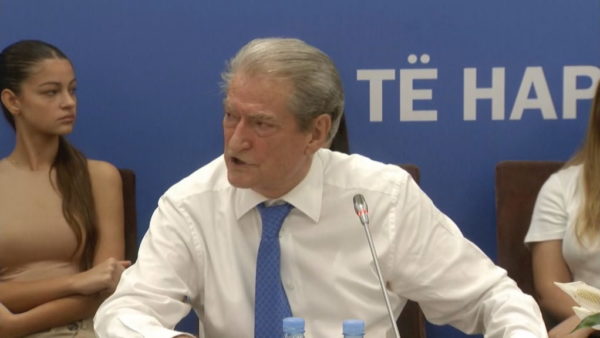 The debates about the suspension of the former DP leader, Sali Berisha, from the DP Parliamentary group, spurred more discussions today in the Parliamentary Group meeting.

After being declared non-grata by the USA, Lulzim Basha suspended Berisha from the DP Parliamentary Group, a decision that MP Flamur Noka considered a backstabbing for the DP supporters.

Berisha declared on social networks that Basha, with his decision, has declared the entire party base non-grata.

However, the Democratic Party declared in a press release that the Party leader, Lulzim Basha, has never considered the party membership as anti-American.