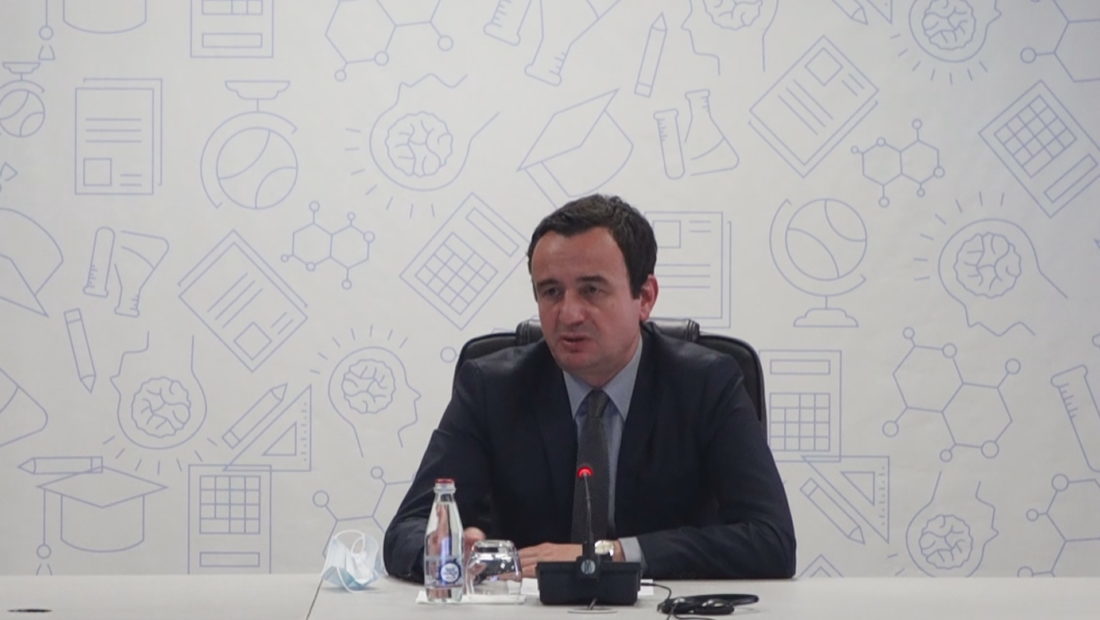 There is still no date for restarting the Prishtina-Belgrade dialogue in Brussels. This was confirmed by the Prime Minister of Kosovo, Albin Kurti, who informed on what he discussed with the EU intermediator, Miroslav Lajcak.

He said that the reciprocity towards Serbia is not a punishing measure from Kosovo. He asked the neighboring country to amend the Constitution in order to find a final solution to the dialogue.

“We have discussed topics which were not mentioned in the communication. There was nothing new that I could discuss with you. There will be no meeting before October sixth, the Summit in Slovenia between the EU and six Western Balkan countries. There is no specific date about the next meeting.

“My deputy PM, who is responsible for the EU integration, development and dialogue, held meetings in Brussels where he discussed details about the matters of the persons who have been disappeared by force. We haven’t discussed yet about the archives. We discussed about our propositions regarding the relations with Serbia and the Western Balkans in general. We have also discussed the reciprocity matters, for which I have underlined that the leaders of the European countries, and not only, have accepted a letter from me, in which we have listed the violations that are being made by Serbia”, Kurti decalred.