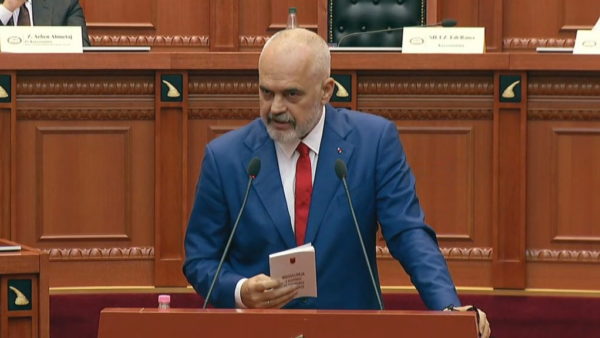 The new Parliamentary legislation has started with a new approach from Rama towards his political opponents. Rama invited the Democratic Party to cooperate for compromises and dialogue.

The Prime Minister announced that the new program of the Socialist Party is based on electoral promises and that the most important part is that of raising salaries for public officials.

The newly appointed Justice Minister, Ulsi Manja, declared that they are working with the international partners to extend the deadlines for completing the vetting institutions, a deadline that expires next June. For this, they will need to amend the Constitution, something that can be done only with the votes of the Democratic Party.

The Albanian Health Minister, Ogerta Manastirliu, declared in Parliament that the focus of the Albanian government is to bring 1.3 million new doses of the COVID-19 vaccine, in addition to the 2 million ones received so far.

Manastirliu said that the Delta variant can be fought with the vaccination, a plan that the government swears to continue.

“63% of the citizens above 60 are vaccinated. That’s good coverage, but it is not enough. Our goal is to vaccinate the entire population, aiming for the groups most at risk, so that the schools can remain open and universities can start operating in October”, Manastirliu declared.

The Minister announced that the Albanian government has allocated 100 million EUR that will be used in 2021 for the pandemic, including the support of donators.