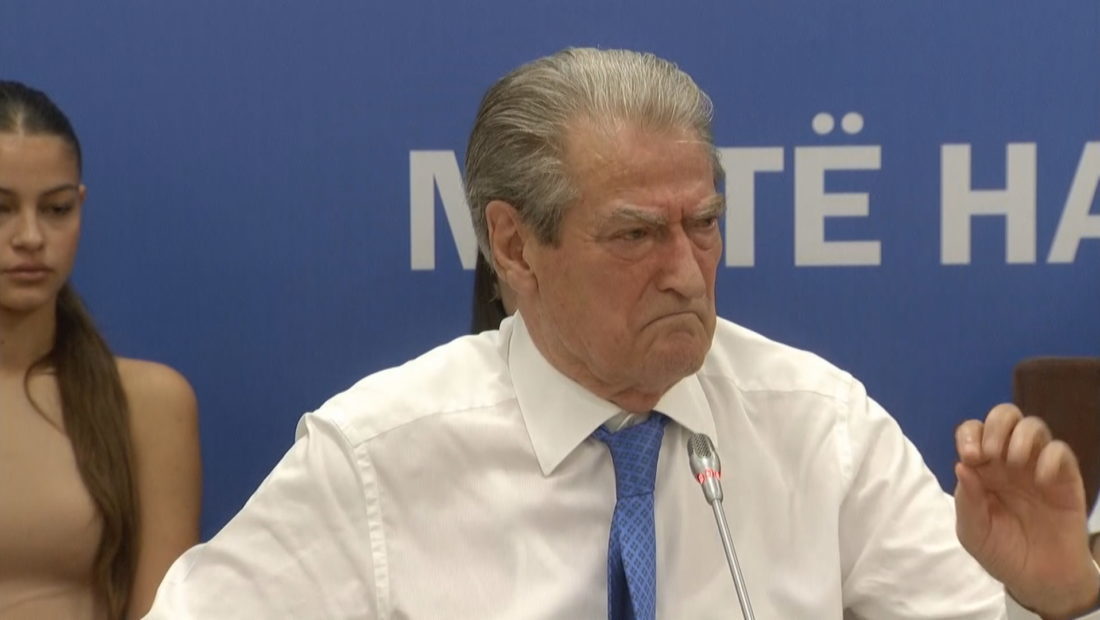 The former Albanian Prime Minister, Sali Berisha, was temporarily suspended from the Democratic Party Parliamentary Group. The order was given by the DP leader, Lulzim Basha, after the US State Department declared Berisha non-grata in the USA.

Berisha didn’t welcome Basha’s decision and hinted that he would invalidate it with the help of the Democratic Party members. He accused Basha of making “a dirty deal with Rama”. However, the order was made official today by the Parliament secretariat.

One day ago, the leadership of the Democratic Party Youth Forum called for a referendum within the party to allow the members to express their opinion regarding Basha’s decision, which they call a full violation of the party statute and of its values.

Today, Berisha is holding a conference with the DP supporters. He started his speech with harsh accusations against the Prime Minister, considering Rama’s third term as a dark day for the country, accusing Rama of turning Albania into a narco-state.

Berisha: A dark day for Albania, as the head of the criminal medusa takes oath for a third term

“After the creation of the DP, the conference of December 2021 is the most important historic effort for a more united party, a stronger and more open party, and more certain for its future. This conference starts in the most critical moment for Albania. The medusa of organized crime is taking its oath for a third term. A gangster (Rama), who does not know norms and law, and who built on this land the first narco-state in Europe. Today is a national curse, as he takes his oath for a third term, after impoverishing the Albanian people in eight years.

“Albanians are paid today 30% less than the citizens of Kosovo. This is the biggest misfortune, because with robberies of elections, with higher taxes, and PPP, he has taken our country on top of the corruption scale. It is a mourning day when the man who turned Albania into a center of criminal organizations is taking his oath for a third term”, Berisha declared.

Berisha: Tirana turned into Belgrade’s lapdog with the “Open Balkan” initiative, which threatens the existence of Kosovo

He accused the Prime Minister of turning into a lapdog for Belgrade for the “Open Balkan” initiative, which is strongly opposed by the Kosovo PM as well, Albin Kurti. For Berisha, the Open Balkan initiative openly threatened the existence of Kosovo.

“The man taking the oath today is the one who turned Tirana into a lapdog for Belgrade, in the midst of Kosovo’s cold war. This employee of Vucic and the Berlin Process, undertaken by Merkel in 2012-2013 and was drafted by Serbian supporters, a program that plans to build the new Yugoslavia. The Albanian government of that time opposed it. The government of Kosovo as well. Merkel took the process in her own hands and removed the Serbian elements, with the purpose to promote dialogue and bring a favorable answer to the region. At that time there was a discussion to keep the Balkan as a partner, but we don’t need them.

“Alexandar Vucic is the man that doesn’t recognize the genocide that has been recognized by the International Court. And his two lapdogs say that we need a Mini-Schengen. This is the only purpose of the Open Balkan, the establishing of the Serbian hegemony and threatening the existence of Kosovo”, Berisha declared.

Berisha to Basha: You lost the elections twice, you need to leave

“The DP lost the final elections in which Rama stole and bought more votes than in 2017. But we must tell the truth. Rama didn’t win the elections, but the DP didn’t either.

One-fifth of the voters asked by the most serious exit poll said that they had voted for Lulzim Basha and the rest for the Democratic Party. We cannot say that we won. It was the second-biggest loss. You lost the elections twice. You need to leave”, Berisha declared.