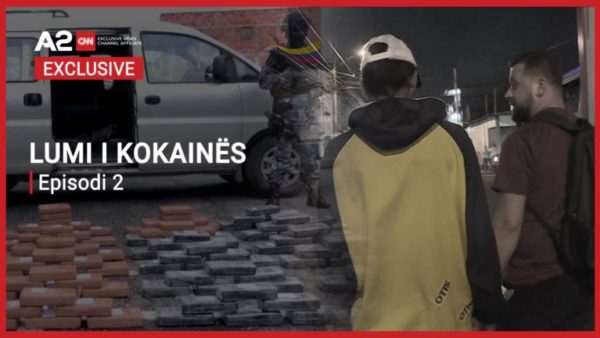 Two decades after first being introduced to Latin America, the Albanian gangs are controlling a considerable part of the wholesale and retail cocaine market in Europe.

By using their connections with the street gangs, they are trading in the Netherlands, the UK, Spain, France, and Germany.

In the past years, their influence has reached South America, Ecuador, where the Albanian gangs have left their blood tracks around the port city of Guayaquil.

Being between two cocaine-producing countries, Peru and Colombia, Ecuador doesn’t have drug cartels. They have gangs, but without the necessary sophistication to operate in international markets. However, gangs have resulted useful for international traffickers, including Albanians.

What is the role of Albanians in the traffic that has involved Europe? The blood trail they left behind.

The increased diversity has led to more violence, according to the latest report of Europol regarding the cocaine traffic and its trade in Europe.

More violent, more diverse, and more violent. These are the main features of the cocaine trade, new dynamics that pose a clear threat to European and global security.

The fragmentization of the criminal landscape in the producing countries has created new opportunities for European criminal networks to receive a direct supply of cocaine, cutting off the middle man. This new competition has led to the increase of the cocaine supply, which creates more violence, a tendency met even within the Albanian gangs.

The previous dominating monopolies in the wholesale cocaine supply of the European markets have been challenged by smaller traffic networks. Criminal networks in the Western Balkans have created direct contacts with the producers and have secured a significant place for the cocaine wholesale supply.

The first criminal organization in Ecuador was created by Serbs, who control the largest part of the traffic from South America. The Balkan mafia is led mainly by three criminal groups.

The first one, the “America Group”, started off on the streets of Belgrade, in the ‘90s. They were specialized in transporting cocaine from Ecuador through their numerous ties in Colombia. The group was led by Mile Miljanic, and the second person in charge was Zoran Kajsic. In 2016, Jaksic was caught in Peru and was charged with drug traffic, marking the end of the group.

The second clans is the Saric Group, led by Serbian Darko Saric. Considered as one of the largest drug barons in the Balkans, he was found guilty in 2018 for trafficking 5.7 tons of cocaine from Ecuador to Europe.

The third group is that of Sreten Josic, also known as Joca Amsterdam. His unique feature was that since 1993 he had cooperated with Albanians, mainly for human traffic, and later he went as far as to America, cooperating for the traffic of cocaine.

Considered as one of the most prominent figures of the Serbian mafia, Jocic was arrested after paying for two murders, that of a journalist and of his rival in the drug business. Jocic was the first one to establish ties with Albanian collaborators in Latin America. After visiting Colombia in 1996, Jocic worked with Albanians to traffic cocaine in the EU countries. After his arrest in 2009, his Albanian associates had the ties to continue the traffic on their own.