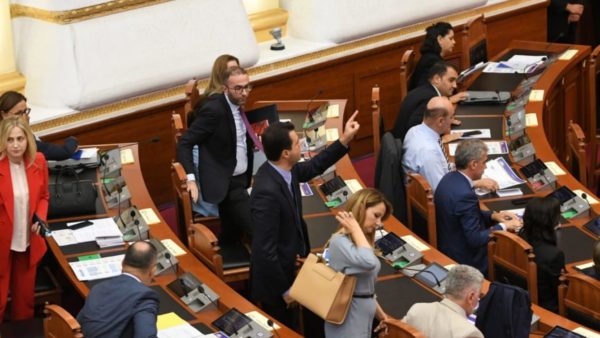 After the MPs approved the leadership of the Parliamentary Commissions and the Parliament’s Bureau and secretariat, they postponed the decision for the permanent commission, which spurred debates between the majority and the opposition.

The SMI claimed that they had not been asked about the commission that their MPs wanted to be in. Their request for postponing the session was also supported by the DP but was rejected by the SP, which decided to approve only the leaderships of two commissions. After this, the DP abandoned the floor while the SMI stayed till the end and voted.

In today’s plenary session, the Socialist Party also voted for Taulant Balla to keep his post as Parliamentary Group leader. Although already confirmed by Rama, Balla had demanded to be voted by his party.

The Socialists were advised in the Parliamentary Group meeting to avoid unnecessary debates with the opposition.