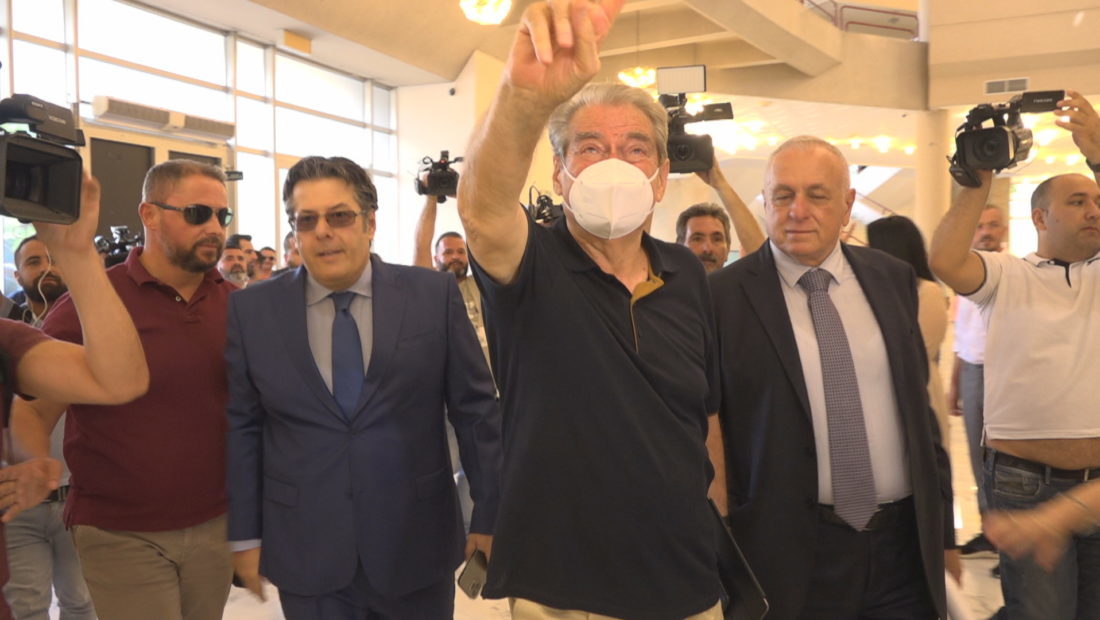 After the electoral shock caused by the third consecutive defeat in the Parliamentary elections, the Democratic Party received another shock as the American State Secretary declared their historic leader, Sali Berisha, non-grata in the USA, accusing him of corruption and obstructing justice. This decision was followed by pressure from the DP for removing him from the parliamentary group.

At first, Basha’s position was in favor of Berisha, underlining that the USA should bring proof. “I call for full transparency on every evidence and document that led to this decision. Berisha is the Albanian leader who has given the most valuable contribution to our country’s development, and to strengthening democracy. He led Albanai’s friendship and strategic alliance with the USA to its highest levels”, Basha said.

This was the only statement issued by Basha, while Berisha announced that he would sue the US Secretary of State. On the other hand, the US Deputy Assistant Secretary of State, Philip Reeker, met with Lulzim Basha and asked him to remove Berisha from the party. The same message after this closed-door meeting was issued shortly afterward by the US Ambassador, who was also waiting for a response from Basha.

Basha seemed to choose silence, being between two fires. He left Berisha enough time for him to leave the party voluntarily. Berisha chose to speak on behalf of Basha, forcing him to stop staying silent. Basha’s deadline for giving an answer to the USA was September 10th.

Exactly when everyone was thinking that Basha would support Berisha, the DP leader had planned the public killing of his political father through a recorded video message, which was published one day before the start of the new legislation.

“The partnership of the Democratic Party with the USA is untouchable and it will remain such. In these two months and a half I have done everything possible to find a solution to this issue”, BAsha declared.

The Basha-Berisha relation has entered a new chapter which marks the highest political crisis within the DP. The former leader has also publicly announced to take concrete steps for taking the party back under control.