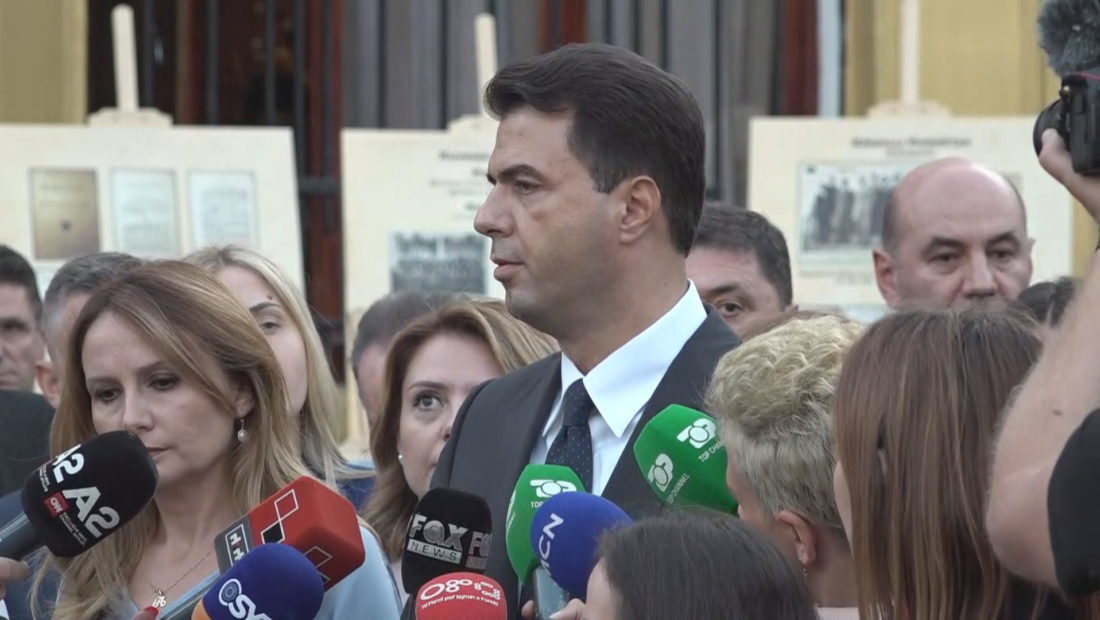 “The pain I feel for yesterday’s decision towards Berisha was doubled today by his reaction”, said the Democratic Party leader, Lulzim Basha, one day after suspending the DP historic leader from the Parliamentary Group.

“It was painful to see his reaction. I expressed my consideration for him yesterday. This pain was doubled today by Berisha’s language. I hope that time will be the best medicine so we can focus on the only enemy that Albanians have, the regime of Edi Rama, the only problem of Albanians right now”, Basha declared.

He expressed regret that he heard from Berisha the theories of Edi Rama. For Basha, the only way for DP is to remain 8united.

“It is regrettable that the theories of the only opponent of the DP and of the Albanian people today were heard from the mouth of a man form who whom I expressed my consideration yesterday, and I keep standing today. . The DP has no choice but to unite”, Basha declared.

He added that the battle of the opposition has just begun, and its goal is to return to the Parliament, the political battlefield until they can defeat Rama’s regime.