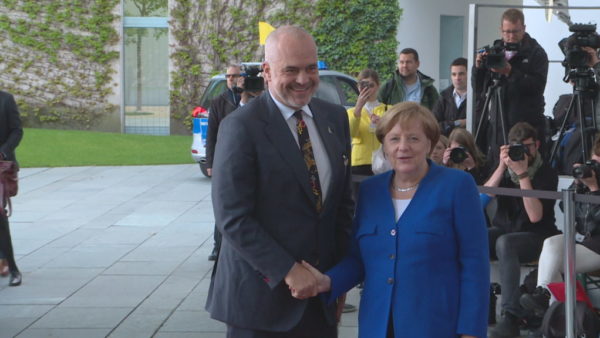 The Office of the German Chancellor announced that Angela Merkel will attend a visit in the Western Balkans.

Merkel will stop first in Belgrade, where she will meet with the Serbian President, Alexandar Vucic.

One day later, on September 14th, she will be in Tirana to meet with the Albanian PM, Edi Rama.

The discussion will focus on bilateral matters regarding economy and the integration of the Western Balkans.

A working lunch will be held later with all the Prime Ministers of th six Western Balkan countries. The main topic will be regional cooperation and it will be followed by a press conference.

Before returning to Germany, the Chancellor will hold bilateral meetings with the PMs of Bosnia and Herzegovina, Montenegro, Northern Macedonia and Kosovo.