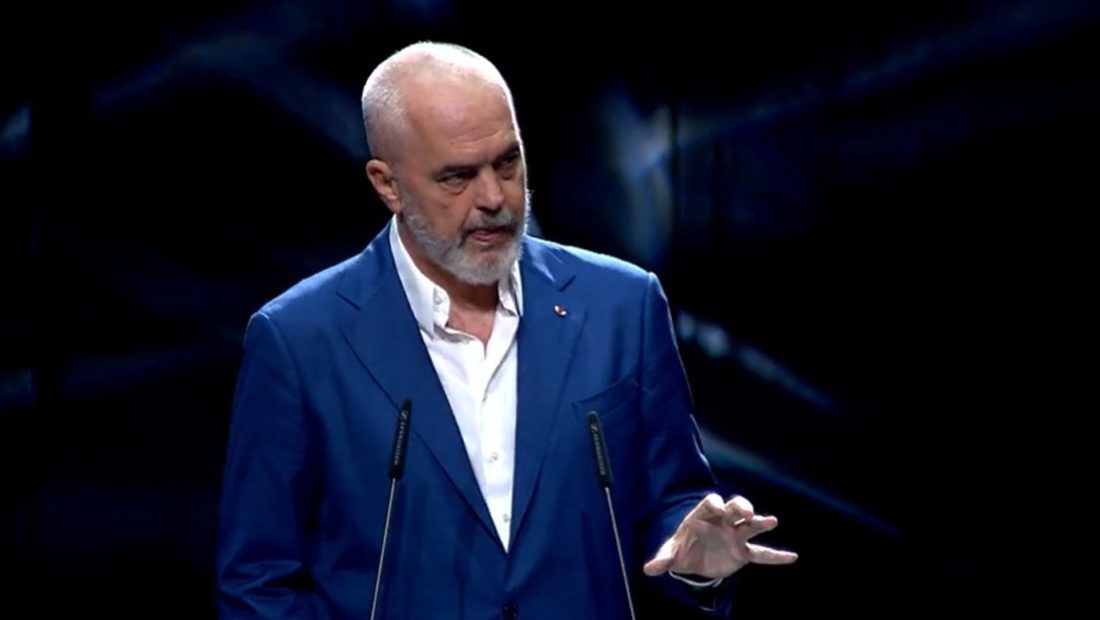 The Socialist Party held its National Assembly today, in which the new government was announced and also changes within the leadership.

The Albanian PM, Edi Rama, declared that the duty of the Socialists in this term is to confirm themselves in power after four years. The Prime Minister appealed to his party members to stay with their feet on the ground and bring justice and welfare. However, he admitted that this victory was the most difficult one, which troubled him the most.

“The Socialist Party should become a party that lives with the aspiration to bring justice and welfare, not a building with thousands of doors where people go to find a job in the public administration and leave by slamming the door for not finding one. The doors should be used to cultivate civility, political thought, and activation, voluntary and social solidarity to debate topics that the public is interested in”, Rama declared.

The leader of the ruling party commented on the opposition and said it was established by a political force without discipline and without the orientation to return as a governing alternative.

The Albanian Prime Minister declared that reducing the party into an army of reservists, only for the elections, deepens the gap between the parties and non-militant citizens, especially the younger ones who keep voting even today based on the family tradition.

“Reducing the party into an army of reservists only for the elections, not only that removes its vital nutrition with the aspirations and critics of the electors, not only cuts the ties with the moral convictions of the people but also widens the gap between the parties and non-militant citizens”, Rama declared.

“The danger comes from the idea that no one can beat us, as long as we are against a rotten amorphic creature, the Democratic Party. The danger comes from the idea that no matter how they can reassemble themselves, there’s nothing they can do to us. The Socialist Party has a more dangerous opponent than them. It’s ourselves. We can turn from a clear choice of the Albanian people to their disappointment. If the SP becomes a disappointment, it will turn into a relic, just like the other parties. The challenge of the third term is among ourselves, as individuals and as a political family”, Rama said.

Rama: Public administration employment, an eroding issue for the SP

“The final word of any organization cannot be the employment of the party members, relatives, or people our members know. Meetings with their employment as a topic are something failed, that brings nothing to the SP besides an erosion of its foundations. The members of the Socialist Party are just one-eighth of the voters”, Rama declared.

The Prime Ministers announced that the SP will establish a political academy for its health and success. According to him, a new approach is needed with the electors so that the SP doesn’t end up like the opposition’s main party.

“We don’t want the SP to turn into an asylum of old people, without any new approach with interactive capabilities with the people, without the possibility to keep running. Otherwise, this party could end up like the others alike”, Rama declared.

The Prime Minister announced a complete reorganizing of the leadership, with the purpose to turn it into a party where young men and women find interest.