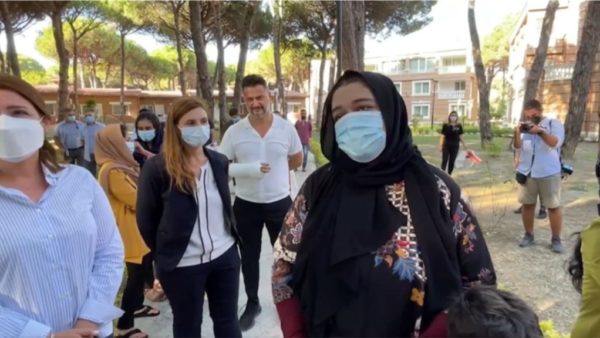 “It’s like coming from hell to paradise”, were the words that an Afghan woman used to thank the Albanian PM, Edi Rama, during his visit at a Durres hotel, where the first 121 Afghan citizens were sheltered in Albania.

“I would like to thank you for the hospitality, on behalf of the Afghan people in general and our group in particular. It is not easy to give shelter to so many people. Thank you very much. The reality is that coming here is like moving from hell to paradise”.

Accompanied by the Albanian Health Minister, Ogerta Manastirliu, the PM gave presents to the children of the Afghan citizens that were sheltered in our country. One of them celebrated his first birthday in Albania.

The Afghan citizens have expressed their gratitude while the PM reiterated that the Albanian people were at the same position a few decades ago.