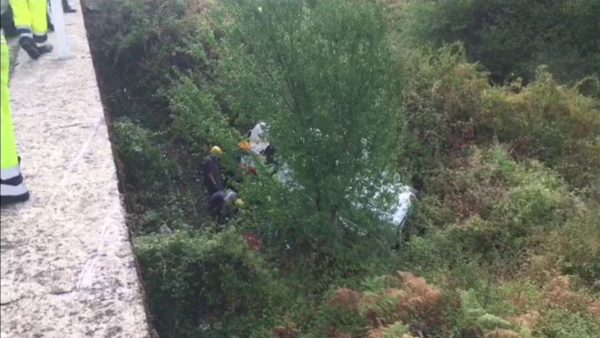 A tragic accident took place today at the Gjirokaster-Saranda road. A bus rolled off road after crashing with an SUV. Four people have died and several others were injured.

Police said that accident took place around 15:30. The SUV driver was identified as a woman with the initials R.Ç, while the four victims were inside the mini bus.

A2 footage show firefighters trying to cut through the vehicle parts to take out the bodies of the victims.

The President of Albania, Ilir Meta, reacted after the accident by appealing citizens to show more responsibility when they drive. He also appealed the police to take every possible measure against car accidents which have been frequent in Albania.