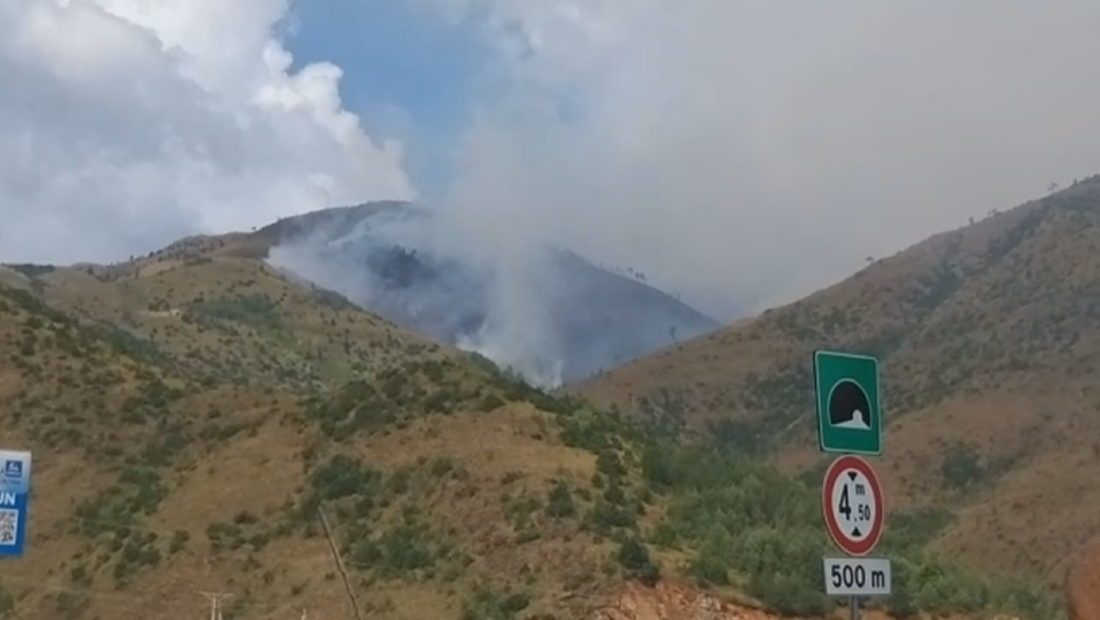 The rain precipitations helped the situation with fires in the Kukes area, near the Kalimashi tunnel.

However, the rain was not enough to put the fires completely. Authorities have engaged firefighters on the terrain to put the flames under control.

Many small fires remain active, but authorities assess that the worst is now gone. The damage caused by the wildfire is expected to be considerable.

The situation in Kalimash could have led to a possible blocking of the tunnel. Thanks to the intervention of the firefighters and the assistance arriving from Kosovo, the Nation’s Road was kept open for vehicles to keep circulating.