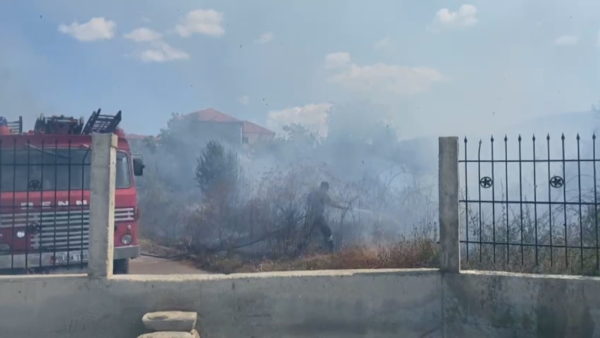 Fires have reached the building of the Korca University campus today, while authorities say it has been a premeditated fire by pyromaniacs.

The flames continued up to the former swimming pool of the city, causing panic among passerby citizens and local residents.

The firefighters were able to put the fires under control, avoiding their spread to a wider area.

Police suspect that this is a case of arson.

A new fire source has appeared in the MBreshtan village, Kolonja, which has burned considerable areas of forest with pine trees, oaks and hazelnuts.