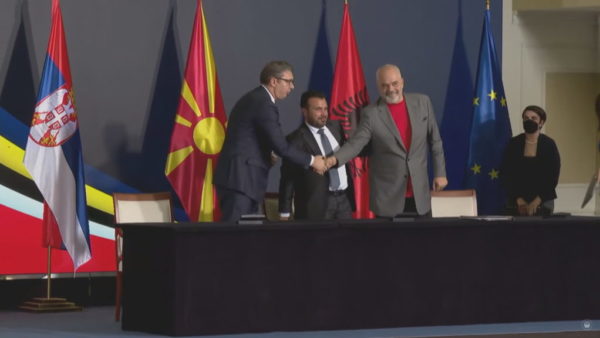 The Albanian Prime Minister, Edi Rama, reacted on Twitter regarding the Open Balkan initiative. He referred to an article by “Gazeta Express”, which quotes the German government of saying that any cooperation brings benefits and it should be comprehensive.

‘Strange. The German government supports Open Balkan different from what is told by people in Prishtina and Tirana who don’t care about the USA. Not only that, but it also demands an urgent agreement for the Regional Joint Market before the EU-Balkan summit that will be held on October 6th.

“The German government says that Open Balkan should be all-inclusive. And yes, that’s how it should be. This is why the door is open, but we cannot take people against their own will. And neither can we wait for them to understand that this is the path towards the future”, Rama wrote on Twitter.