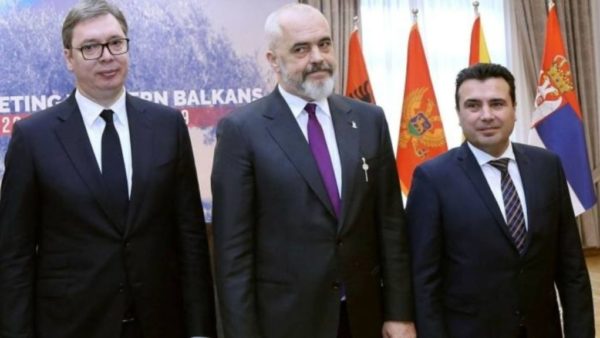 The Albanian Prime Minister, Edi Rama, has commented on the delicate relationship that has been generated recently between the public opionin in Kosovo and Albania, as Tirana seems to getting closer to Belgrade, with Prishtina feeling isolated.

“They wanted to meet me and I was honored. The conversation with the girls, with the trainer and their friends, was very inspirational with great cooperation ideas that we agreed to develop together. But, as expected, the digital army of the so-called patriots beyond the border, whose biggest weapons in the blind war are curses and insults against Albanians, launched endless comments in my post. May God forgive them, as they don’t know what they are doing. This is the best thing that must be said at this point”, Rama said.

According to Rama, time doesn’t wait and peace cannot be earned with war instruments. “Kosovo won the war thanks to the unbreakable alliance with the USa and the great European powers, with the support of its liberation army. But can Kosovo win the final peace? Can the Albanian nation prosper by telling the USA, Germany, France and the EU what to do?”, Rama declared.

The Albanian PM stated that the actions of the Kosovo government not only do nothing to Serbia, but only irritate our irreplaceable allies.