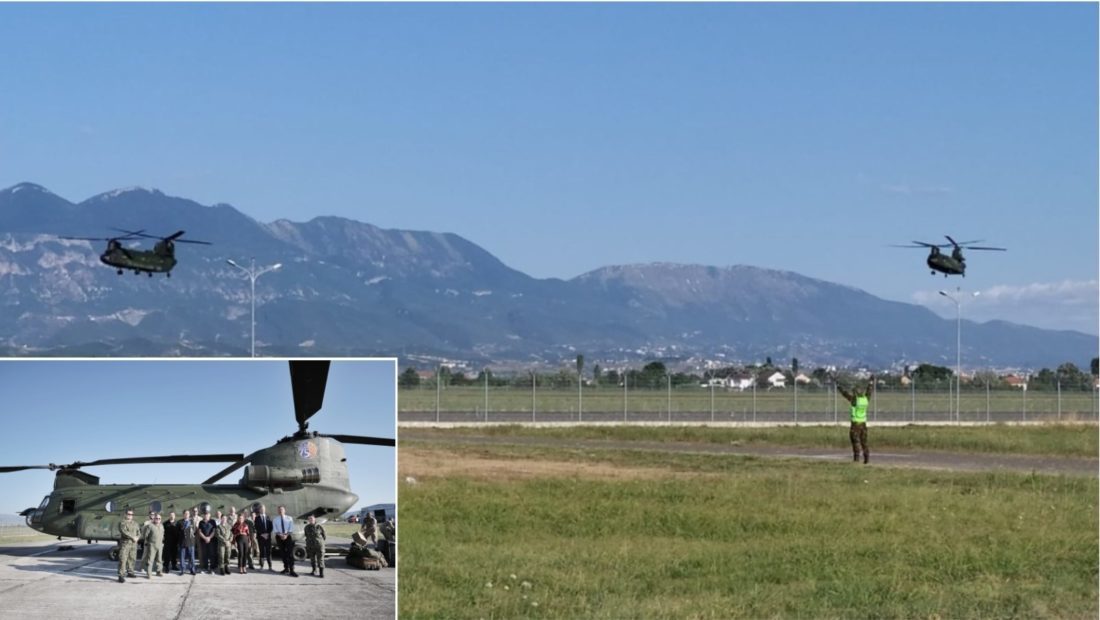 The EU Ambassador to Tirana, Luigi Soreca, greeted the assistance that was brought by the EU in Albania to help with the fight against the massive fires.

“While the battle against forest fires continues in Albania, so does the solidarity of Team Europe towards the people”, Soreca declared.

Two Chinook helicopters landed today at the Rinas airport, sent by the Netherlands, to help with the fight against wildfires.

The Netherlands responded to the appeal of the Albanian authorities to help with the forest fires.

The Chinook helicopters have special containers that can launch more than 10,000 liters of water.

“For the Netherlands, it is important to work together with the Albanian authorities in order to protect the people and unique national parks”, the Dutch Embassy underlined.