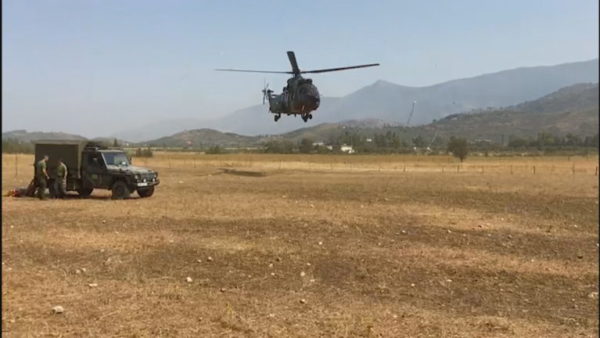 While the southern part of the country is currently suffering from wildfires, the Albanian political leaders accuse themselves about the management of the crisis.

The wildfires would have been under control if the authorities had intervened from the air. A2 CNN has made an investigation and brings you the agreement between of the Defense Ministry for purchasing six helicopters, two of which for civilian emergencies.

But where are these helicopters? Our officials cannot answer to this question at a time when these vehicles are mostly needed. In a time of peace, for a small country such as Albania, the main dedication of the armed forces is their response to civilian emergencies.

The fires are spread in mountainous areas where the intervention form the sky is necessary. The contract approved on July 31st 2014 with the Airbus Helicopter company, for the purchase of six helicopters, shows that four of them are from the military model “Cougar”, and two are for civilian emergencies.

The value of these vehicles was very steep for the Albanian finances, at a total of 78.6 million EUR. With so much money spent, the question to be raised here why the authorities don’t put all the vehicles to use to put out the fires throughout the country?