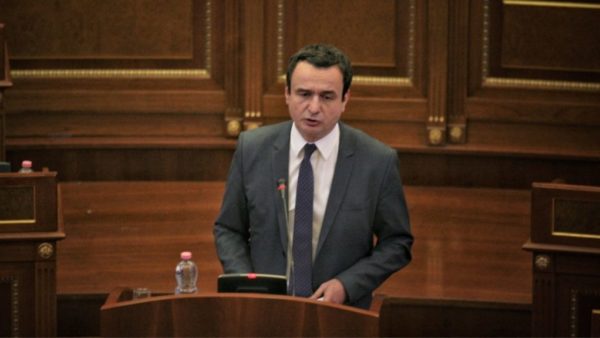 The Prime Minister of Kosovo, Albin Kurti, declared that he has not backed up from the decision of having full reciprocity with Serbia. This Monday, Kurti declared that they want to prepare better so that the reciprocity doesn’t get undone.

“We and the international factor have proven it, and we are working to have reciprocity with Serbia. In the first 100 days, we had a new Customs Director. We need to prepare maximally because we cannot fail again. You know that the Kurti 1 government established reciprocity and it was removed by the upcoming government. IF we don’t implement it, let that die as a concept”, Kurti declared in the Parliament of Kosovo.

The MPs gathered in today’s plenary session to discuss the first 100 days of the Kosovo government.