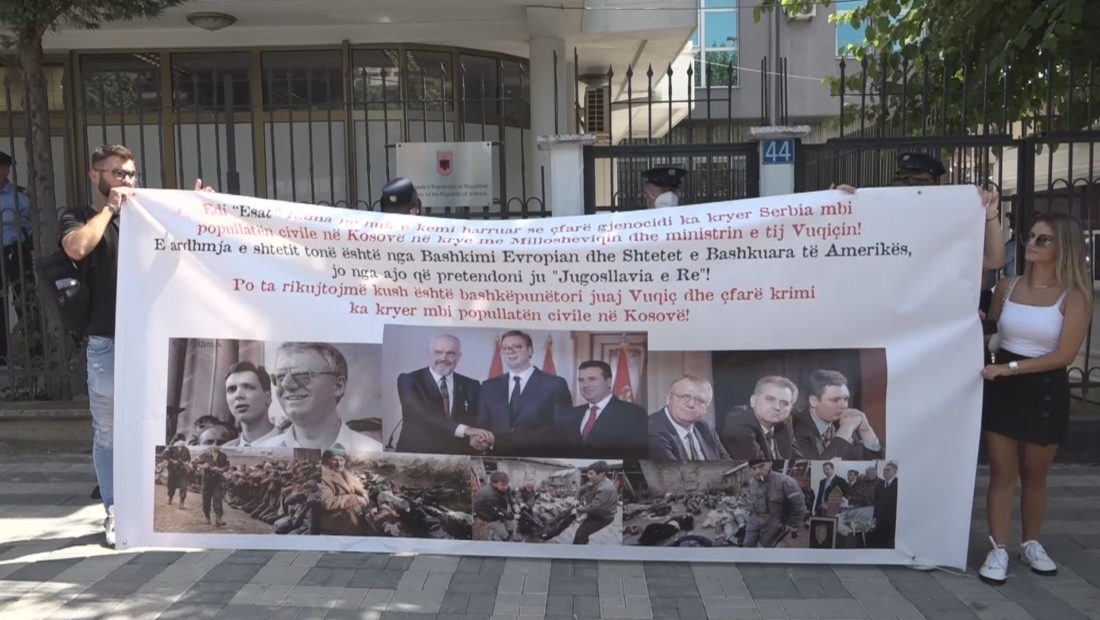 The civil society in Kosovo has opposed the “Open Balkan” initiative.

The Movement for Democracy Organization held a symbolic activity in front of Albania’s Embassy in Prishtina to criticize the position held by the Albanian Prime Minister, Edi Rama.

The participants had banners with pictures from the war in Kosovo and of the Serbian crimes against the civilian population. Mexhid Ramusa, Head of the Organization, said that he opposes the Open Balkan inititive as Serbia has not made an apology for the crimes in Kosovo.

Ramusa stated that he reiterated to PM Rama the ties of the Serbian President, Alexandar Vucic, with the Balkan Butcher, Slobodan Miloshevic.