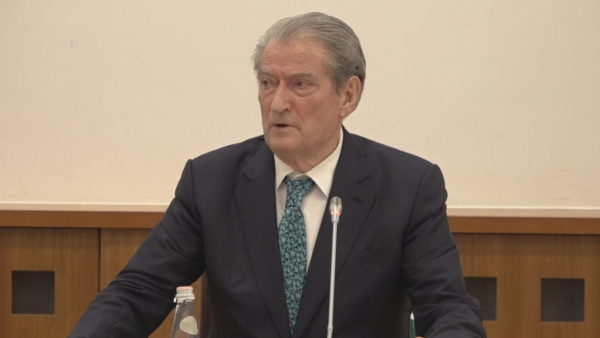 The former Albanian Prime Minister, Sali Berisha, reacted immediately after the US Ambassador asked the Democratic Party to distance itself.

Berisha responded by considering this declaration from the US Ambassador as an offense to every Democratic Party follower, and a flagrant violation of her mission.

The US Ambassador declared that Kim should return to Parliament and distance themselves from Berisha, who was declared “non-grata” by the USA over corruption accusations.

“It will be necessary to make this in a significant way and the USA will keep supporting these efforts for democracy in Albania. If the DP goes back to Parliament, it is important that the SP should go beyond its party interests. I want to underline that while the party leaders go back to Parliament, they should be accompanied by MPs who truly deserve to represent Albania. It would be very important for the DP to think about this matter. As I have reiterated in the past, the DP has played an important role to bring this country out of communism.

“It would be a historical irony, but also tragic if the Party would have to end up eating dirt because of just one MP. We hope that the parties will progress so that the cooperation can continue. This is why there are hard decisions that need to be taken by anyone. I hope that people get a good rest during August so that they can be more relaxed when they returned”, Kim declared.

Berisha declared that this decision is a clear abuse of the law of the US Congress, which, according to Berisha, is being used as a weapon against those who oppose Soros. He demanded transparency from Secretary Blinken and Ambassador Kim.