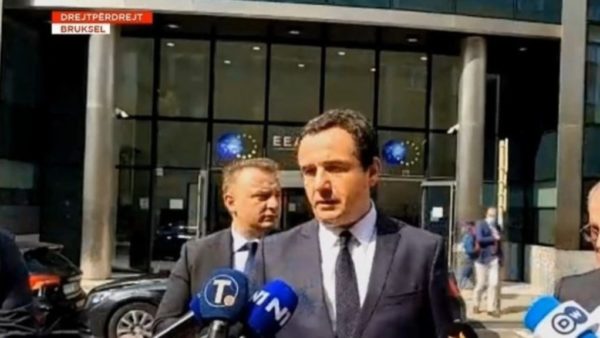 The Prime Minister of Kosovo, Albin Kurti, after a meeting in Brussels with the Serbian President, Alexandar Vucic, declared that the Serbian side refused the agreement without even reading it.

“This means that they are not ready for an agreement”, Kurti declared.

The Kosovo PM added that as regards the issue with the disappeared persons, he insisted on the words “confrontation with the past”.

After the meeting, the Serbian President referred to the meeting with Kurti and declared that people are returning 150 years in the past.

He said that Kurti has accused Serbia of committing three genocides against the Albanian people.

“There were three points. Let’s intensify our joint efforts and identify the disappeared persons. Let’s restrain ourselves from things that could escalate the situation, and let’s have the parties meet regularly”, Vucic said for the Tanjug news agency.

Vucic accused Kurti of insisting on things that had not been agreed on between Serbia and the EU.