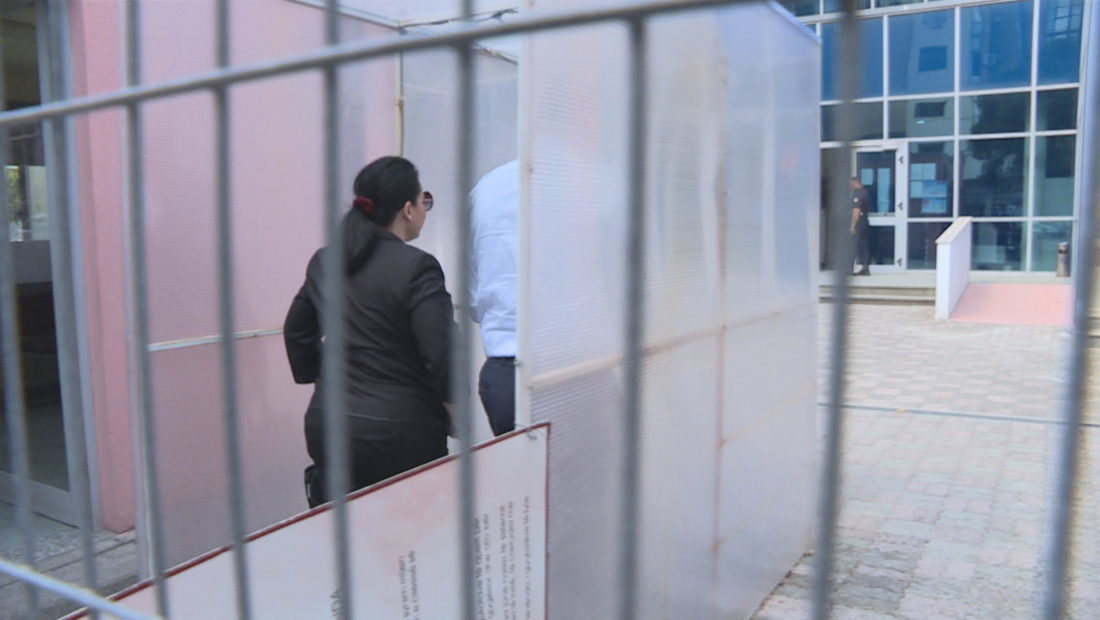 Rovena Voda arrived at the Special Court escorted by a police vehicle.

The former Deputy Interior Minister entered the Court as a defendant, accused by the Special Anticorruption Prosecution (SPAK) of receiving 2000 EUR for employing a 32-year-old woman at the ministry.

The former Minister, the woman who demanded employment, and another person who intermediated were left on house arrest.

Voda and her lawyer couldn’t convince the Judge that the accusations were unfounded and that the house arrest measure should be lifted.

According to the case, Voda has received 1000 EUR, a cell phone, and a case of fish from the two women, with the purpose to employ Florida Beu.

The three women met during the February-March period at the premises of the Interior Ministry and then in Durres.

SPAK has kept the women and their family members under surveillance and has recorded conversations in which they talk about giving Voda an envelope with 1000 EUR. Security cameras from a Durres bar also show Voda putting inside her bag a 550 EUR phone bought by Florida Beu.

Then Voda has used the vehicle assigned by the ministry to take a case of fish at the Durres port.