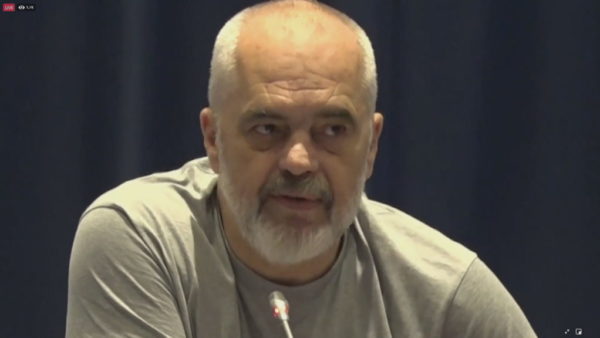 Rama sees regional cooperation as the salvation of the Western Balkans, while he appeals to Greece to join them.

“The EU is not the Vatican and we are not churches in some remote village of Argentine. We all have our issues. But there is a crazy double standard. I think that this is dangerous. It should not be allowed to turn into an anti-EU”, Rama declared.

According to the Prime Minister, the Western Balkans can compensate for the indifference of the EU by raising attention towards each other.

“What we have in the region is each other. The EU is not something that we must change our minds about. We should do everything possible to make our region similar to the EU and implement the four freedoms of the EU”, Rama declared.

The Albanian Prime Minister reminded Brussels once again about the eastern temptation that exists in the Balkans. He also appealed to Greece to return to the region.

“Of course, there are third actors as well. We had a very happy with China and a very sour divorce. They used to say that with Albania they had all of Europe, due to the strategic position. With this open area, of course, the most disappointed people may be tempted by countries that offer easy money”, Rama declared.

The Prime Minister focused on Kosovo as well, reminding the injustice that the country is going through regarding visa liberalization.